These Divisional Round NFL Picks were just called fake news by President-Elect Donald Trump. We are not fake news. We teach the controversy. 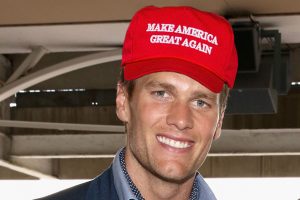 For instance, there are many reports out that the Cleveland Browns finished this past season with a 1-15 record. It could have been 1-15. It could have been anything. No really one knows. I say they finished 16-0. So clearly there is a dispute on the facts. A controversy, if you will.

There are a lot of really smart people looking into this but I can tell you one thing for certain: these are fantastic NFL picks.

I have spent so much time studying Tom Brady versus the Houston Texans defense that I had to turn down the honor of being the 90 millionth person asked to perform at the Trump inauguration. He wanted me to perform my original song, “I Want Everything Now,” but I told him he he had to wait until later. When he asked when, I said after he is impeached.

Trying to figure out whether Richard Sherman can contain Julio Jones has consumed me to the point that I have not seen the Wikileaks report on Trump and his taxes. That came out, right? 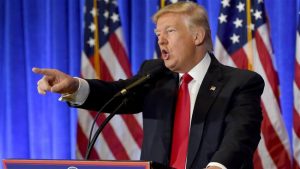 And while I have been chilling champagne in the anticipation of the Chiefs beating the Steelers, who I hate more than anyone who may have hacked the election and installed a maniac as President, I think I missed when FBI director James Comey said Debbie Wasserman Schultz was a Russian agent.

Finally, I cannot wait for when rookie Dak Prescott and Aaron Rodgers do battle because it should be more entertaining than nuclear war.

Yes, we are worried about whatzgonnahappen.

SEAHAWKS AT FALCONS – This ought to be interesting. Matty Ice has home field advantage against a team that really does have ice in its veins. It will turn out that while Russell Wilson is a good short quarterback, Matt Ryan is a good tall one. Falcons 37, Seahawks 25

TEXANS AT PATRIOTS – This probably won’t be very interesting except to those who miss the days when lions and humans did battle in Rome. While the Texans have a formidable defense that can really make a third string quarterback starting his first ever NFL game look bad, Tom Brady has been to the rodeo before. Patriots 44, Texans 23

STEELERS AT CHIEFS – The Steelers have a puncher’s chance if they can hit some big plays early. But the Chiefs are a more balanced team playing at home and besides that I simply hate the Steelers. Chiefs 34, Steelers 17

PACKERS AT COWBOYS – While Aaron Rodgers is playing like a man possessed, Ezekiel Elliott is the kind of player who can take possession of the game clock and wear out the opposition. The Cowboys are a team of destiny, maybe. Cowboys 30, Packers 20

This column is sponsored by Trumpcare.