These week 14 NFL Picks are a cowardly compromise. Everyone knows that compromise is for wussies. 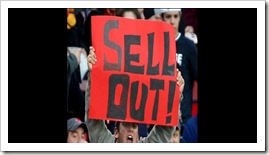 Of course, it’s a complicated issue. The Republicans reluctantly agreed to extend failed gambler benefits to middle class Cleveland Browns fans for 13 more months. If the Browns don’t win the Super Bowl in that time, no one knows what’s going to happen to those poor people. But failed gambling banks were given a tarp, which provided a lot of cover for bets on the Buffalo Bills and Cincinnati Bengals.

Washington is so complicated these days. Albert Haynesworth is a $100 million nonfunctioning earmark, and Mike Shanahan has been reduced to a bureaucratic hack.

Do I mix metaphors? Sure. Why do I do it? It’s a compromise.

Without compromise, who knows whatzgonnahappen.

COLTS AT TITANS – I’m pretty good picking the Thursday games. And apparently Peyton Manning has not yet morphed into Brett Favre.  Colts 30, Titans 28

BENGALS AT STEELERS – It’s a heartwarming story when Ben Roethlisberger takes a beating like Joe Frazier used to give out. Steelers 27, Bengals 14

GIANTS AT VIKINGS – Brett Favre takes the first snap from a wheelchair with oxygen hooked up and a catheter installed (photo available on Deadspin). The streak lives. Giants 23, Vikings 19

SEAHAWKS AT 49ers – Anyone named Smith is qualified to quarterback the 49ers. Seahawks 21, 49ers 20

RAMS AT SAINTS – Sam Bradford will have some fun against that Saints defense, but Drew Brees has been acquiring rehabilitated weapons faster than North Korea. Saints 35, Rams 25

DOLPHINS AT JETS – The Jets took a bye last week so they should be ready for the Dolphins. Jets 28. Dolphins 10

CHIEFS AT CHARGERS – Brodie Croyle has nightmares that he will play like Brodie Croyle. Chargers 48, Chiefs 10

PATRIOTS AT BEARS – Jay Cutler will tell his grandchildren about the one day he outplayed Tom Brady. Bears 24, Patriots 17

EAGLES AT COWBOYS – As Don Meredith wisely told Cowboys fans, “Turn out the lights, the party’s over.” Eagles 40, Cowboys 20

RAVENS AT TEXANS – Joe Flacco is not as good as everyone but me says he is. The blood Ray Lewis is drinking goes down the wrong pipe. Texans 26, Ravens 19

This column is sponsored by The Federal Confusion Act.

This article has 354 comments