I would like to talk to The Man. You know, The Man. Yeah, that’s the guy.

Hey you, is this the place I was supposed to go with my Week 6 NFL picks to Occupy Wall Street? No. You say this is Poor Street, and you’re offering easier occupancy? Well, okay. I always listen to The Man.

If you’ve been reading these political NFL predictions since this column began at the legendary NFLtalk.com, you know that I have lived for more than a decade in a cardboard refrigerator box. Well, recently a banker repossessed the box because he needed somewhere to keep his extra money.

“I’ve got too much money,” said the banker as he walked away with my home. Then he laughed his high-pitched  friendly banker’s laugh. 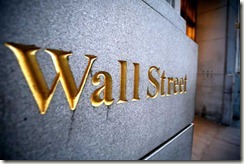 And that’s why these week 6 NFL picks are my first weekly picks that I am offering this year. For the record, I was correct for every pick in the first five weeks. (It’s true, don’t believe the standings you see elsewhere. The Cleveland Browns are currently 4-0.)

After I found  50 cents on the ground I went to my new bookie, a hobo who calls himself Half-Dollar Funk Nelson, and I bet. I won enough money to bid on a used dryer box sold by a laughing banker at a foreclosure auction. Sure, I’ve downsized. But the bright side of living in a cardboard dryer box is that these week 6 NFL picks are dedicated to the new hip thing – class warfare.

As a New England resident who gets to see Tom Brady play every week, it’s clear that the NFL’s policy of having the best teams draft last is class warfare – an unfair tax on the rich. I am sure that is also clear to fans of the winless Indianapolis Colts, St. Louis Rams and Miami Dolphins.

The New England Patriots and Green Bay Packers need more superstars in order to make the whole NFL stronger. The winning will somehow trickle down, and I am sure that is obvious to my millionaire readers. You are all millionaires, right? If not, you surely play the lottery so you know how good those odds are. When you are a millionaire, as you know you will be, you will want to keep your money and not give it to the 99 percent of people whom you will be qualified to think of as losers.

I bring all of this up because I am now announcing that I am running for the Republican nomination for Prognosticator of the United States of America. The current office-holder, Barack Obama, believes in a redistribution of wealth, such as the NFL draft. Not me. I am a loser and it’s all my fault for being stupid. Now I feel smart because I know that I am stupid.

Yes, I am a Cleveland Browns fan so I a pray a lot. I don’t even believe in evolution. I believe in three yards and a cloud of dust and that the Cleveland Browns, who were the best team in the 1950s, should always be the best team. This country needs 1950s football values. I am the only football values candidate in the race. When I win, just imagine whatzgonnahappen.

49ers AT LIONS – This is the Redistribution-Of-Wealth Bowl. It is the most fascinating game of the week. Imagine that. A Lions late rally wins the game. Lions 26, 49ers 20

PANTHERS AT FALCONS – Cam Newton has himself on his fantasy team. Not his teammates. Falcons 27, Panthers 23

JAGUARS AT STEELERS – Stores should sell Terrible Towel toilet paper. That’s my perspective. The Steelers perspective will be watching Maurice Jones-Drew score and watching Jack DelRio briefly take an elephant off of his back. Jaguars 20, Steelers 10

BYE AT BRONCOS – Tim Tebow announces that he has converted and is now a Black Muslim.

BILLS AT GIANTS – Like Nixon talking to a picture of Lincoln, Eli Manning talks to a Fathead of Tom Brady. Same results. Bills 28, Giants 23

BYE AT CHIEFS – Last week, Matt Cassel threw four touchdowns when he realized he was in a competition with other quarterbacks of bad teams to see which of them will have to compete with Andrew Luck next year.

TEXANS AT RAVENS – Ray Lewis is attacked by a Drone with a virus. The Texans, without Mario Jones, are attacked from the air as well. Ravens 34, Texans 21

BROWNS AT RAIDERS – Al Davis (cause of death: Karma from Red Right 88) already seems more alive than he did for the last decade, helping define “legend” as someone for whom death is a career move. Speaking of owners – is Randy Lerner still alive? This week, go with the former Razorback running back. Browns 27, Raiders 24.

BYE AT CHARGERS – “It hasn’t been an easy 4-1” said quarterback Philip Rivers. The four Chargers wins… over the Vikings, Chiefs, Dolphins and Broncos (combined record: 4-15) have  been true tests. The guys deserve donuts.

SAINTS AT BUCCANEERS – The Buccaneers wake up before the game starts this week, but Drew Brees and the Saints are still overwhelmingly better. Saints 31, Buccaneers 21

BYE AT SEAHAWKS – For the first time since he moved to Seattle, Charlie Whitehurst gets free coffee.

BYE AT TITANS – Matt Hasselbeck is getting younger as he gets older.

DOLPHINS AT JETS – Rex Ryan brags that his is the best 2-3 team in NFL history. Tony Sparano brags that he will be the most important coach in Dolphins history if he can lose every  game, get fired, and land Andrew Luck in Miami. One of them is right. Jets 23, Dolphins 20
—
This column is sponsored Schadenfreude University and the study of the Boston Red Sox, Philadelphia Phillies, and New York Yankees.