Super Bowl 51 Pick From The Ministry Of Propaganda

My Super Bowl 51 prediction wizard has the highest IQ of all prediction wizards ever and a crystal ball from Tiffany’s that he received in a tremendous trade deal with a foreign fortune teller.

When I asked the wizard his trade strategy, he said, ”Torture absolutely works.” 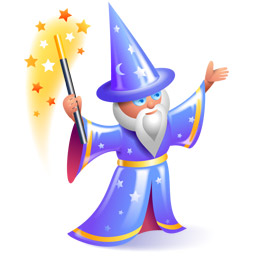 This is an excellent Super Bowl pick. In this Super Bowl, the Atlanta Falcons are playing the New England Patriots in Houston, Texas. You can think of these as facts.

But alternative facts say that the Cleveland Browns are playing against a team of mean liberal super heroes like Batman and Superman and the Incredible Hulk in an all-gold stadium in the backyard of the White House.

This Super Bowl 51 pick is correct. If things do not happen on your television on February 5 exactly as written here, do not believe your lying eyes. What is written here is truth. What you watched are just facts. These are alternative facts. Much more important, wouldn’t you say?

Remember what the wizard said.

You don’t have to believe me. Many people are saying these things, believe me.

The point is, there is widespread sorcerer fraud. So maybe you shouldn’t trust Las Vegas on this Super Bowl.

I know that many Cleveland Browns fans are suffering from a variety of illnesses from depression to depression to depression, but I had to get rid of all health care in order to make America great again. The replacement plan for Obamacare is called, Suck-It-Up-Buttercup-Care. The main feature is this picture of a puppy.

You still don’t have a clue, do you? About what? Okay, good. Just what I hoped.

Look, there’s a kitten. I’m kidding. I wouldn’t take advantage of the fact that you can’t pay attention. Want to see a puppy?

I know that many Cleveland Browns fans are suffering from a variety of illnesses from depression to depression to depression, but I had to get rid of all health care in order to make America great again. The replacement plan for Obamacare is called, Suck-It-Up-Buttercup-Care. The main feature is this picture of a puppy.

There will be a number of entrepreneurs opening vitamin stores. And alcohol sales will go up, as will sales of snake oil. So don’t be depressed. This is how to create jobs, and lessen the load on America.

But speaking of kittens, I expect this to be a great Super Bowl, until it starts. At that point, you will wish the Cleveland Browns were playing against the New England Patriots. They’d keep the score closer than the loser Falcons. Serious losers. Read on, for more tremendous words about whatzgonnahappen.

COIN FLIP: The coin is tossed by President Trump, who reminds both teams that no one has ever flipped a coin this tremendously. The Patriots win the toss and defer. Longtime Patriots fans open champagne.

SECOND QUARTER: Julio Jones has a couple of big plays, but the Falcons stall and get a field goal. The Patriots slow down to a few punts and a field goal. The person in charge of the remote control at the party you are at begins channel surfing, and now you are watching a Lifetime movie about a scorned woman. Patriots 27, Falcons 10

FOURTH QUARTER: Joe Buck and Troy Aikman spend much of this quarter talking about their golf games. The Patriots score two more touchdowns on Brady passes while the Falcons get a field goal. Patriots 58, Falcons 13

POSTGAME: Brady is MVP. With Bob Kraft and Bill Belichick watching, Brady thanks the commissioner for all the trophies and says, “I hope this isn’t too deflating.” The commissioner smiles, and goes home to cash his annual $40 million check.

This column is sponsored by non-fiction fiction.