Week 13 NFL Picks Give Thanks For Imaginary Cleveland Browns Wins

And if the cloud bursts, thunder in your ear
You shout and no one seems to hear
And if the band you’re in starts playing different tunes
I’ll see you on the dark side of the moon
– Pink Floyd

Some say these week 13 NFL picks are delusional. But don’t listen to the voices in my head.

I say the Cleveland Browns are going to win. My friend that lives under a bridge says it is stupid to be loyal to anyone who treats you like Cleveland Browns treat their fans. I would never live under that bridge.

Longtime readers of this column know that I live in a refrigerator box in the woods with no amenities other than a flat-screen TV hooked up to the NFL Network. The rest of you have probably figured it out. Both of you. 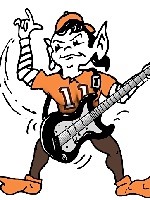 America, because I will argue with anyone.

Can I tell you a secret? I am beginning to not trust the judgment of the guy that makes these picks. Sure, sometimes this crap is correct. But he always picks the Cleveland Browns to win, and they are always mean to him. Loyalty to mean people is stupid.

That reminds me. If Cakeface McGee walks in carrying a baseball bat, I’m not here.

So I just want to say with all of my heart that these week 13 NFL picks are thankful for the imaginary loving family gathered around me eating this imaginary delicious turkey, and toasting the imaginary great football team known as the Cleveland Browns. I’d write more, but I need to look for my can opener for these beans.

STEELERS AT RAVENS – The final game of Thanksgiving day is nothing to be thankful for. Not for this Browns fan. Steelers at Ravens? Vomit or diarrhea? Yes, this game looks like a perfect compliment to food poisoning, but it will probably be a good game. Steelers 24, Ravens 21

BRONCOS AT CHIEFS – I am on the Chiefs bandwagon again. This time, it’s going off the tracks. Broncos 31, Chiefs 21

JAGUARS AT BROWNS – NFL Films is here. The game attracts Ken Burns, and Doris Kearns Goodwin too. Stephen Spielberg has bought the rights for a remake. And Brandon Weeden, fresh from a delicious Thanksgiving meal of deer-in-the-headlights, shines. Browns 30, Jaguars 10

BUCCANEERS AT PANTHERS – Mike Glennon is pretty fun to watch, and I keep waiting for the Panthers bubble to burst. But it hasn’t, so I am on board. Panthers 27, Buccaneers 17

CARDINALS AT EAGLES – Carson Palmer and Nick Foles are two of the best quarterbacks in the NFL. Begin planning for the apocalypse. Eagles 27, Cardinals 23

DOLPHINS AT JETS – This game is representative of the AFC Least, marketed as the bullies against the dummies. I like the dummies in this one. Jets 13, Dolphins 9

BENGALS AT CHARGERS – I’ve been trying to believe in the Chargers for almost a decade. Why stop now? Charges 27, Bengals 23

GIANTS AT REDSKINS – Robert Griffin III is as popular as Congress. Giants 31, Redskins 13

SAINTS AT SEAHAWKS – Drew Brees throws pinpoint passes past the bottles of PEDs in the Seahawks secondary. Saints 29, Seahawks 19

—
The column is sponsored by turkeys with guns, standing their ground.