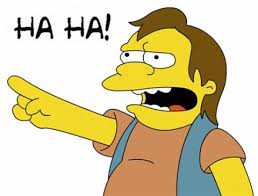 Week 13 NFL Picks From The United States Of Schadenfreude

You got a lotta nerve
To say you are my friend
When I was down, you just stood there grinning
– Bob Dylan

These Week 13 NFL picks, drinking strong vodka lockherups with my best friends, General Michael Flynn and Matt Lauer, can see Dr. Schadenfreude enjoying my misery as the Cleveland Browns sit at a perfect record of 0-11.

Rejoicing at the misery of others is the new American thing to do, isn’t it?

Well, I’ve got news for you and your joy.

My Cleveland Browns misery is older and deeper and wiser than your newfound happiness upon discovering my sadness, so just move on to taking joy in the the misery of someone who hasn’t rooted for a team in the midst of a two-decades loser streak.

It’s beyond a losing streak. It’s a loser streak. There’s a difference. Ask President Trump, who keeps losing but calls everyone else a loser. That’s how it works if you are him, and only him.

On the other hand, the Cleveland Browns are losing and they are losers.

My point is, your schadenfreude means nothing to me. I live for sadness. The city I grew up in has built a factory of sadness. Yes, it is a literal factory from which they ship sadness to me every week.

As we enter the worst month of both the year and the football season, December, it is important to remember that everything that has come before means nothing.

The plan moving forward is to make things worse, by providing false hope, a couple of meaningless wins led by probably the best wide receiver and criminal in America. And then what? 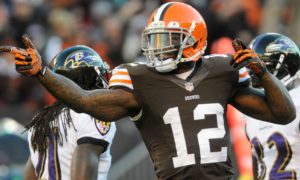 It’s sort of like impeaching a president only to have him start a nuclear war. Not that that could happen.

But in Cleveland, Josh Gordon will leave for the New England Patriots or Dallas Cowboys and carve out a Hall of Fame career while the Browns and their meaningless wins will make the team fall short of drafting the franchise quarterback they so desperately need.

I’ve seen the script. So leave me to be miserable alone because, sadly, I know exactly whatzgonnahappen.

This column is sponsored by the royal divorce.