Whatever you’re looking for
Hey! Don’t come around here no more
– Tom Petty

These week 14 NFL Picks say that until we can figure out what is going on with the Cleveland Browns situation, which may take forever, no more Browns fans should be allowed to enter the United States. 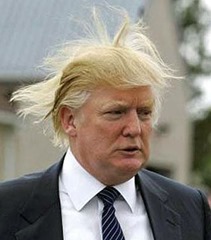 In fact, I’d like to send them all back to Cleveland.

See, I like Tom Brady because he cheats, and wins. Those people like Johnny Manziel because he drinks and loses.

Those people – and yes, I called them “those people” because I am not politically correct – cheer for a team that has not been good since Ronald Reagan was president.

Now I love Ronald Reagan, but let’s face it, letting the Cleveland Browns be good was a huge mistake. Huge.

So yeah, I just insulted Reagan. Deal with it, losers!

Oh, and vote for me because when I am president, things will be so fantastic for some people that you seriously won’t believe whatzgonnahappen.

VIKINGS AT CARDINALS – Something tells me Dwight Freeney will be involved in the last play of the game. Cardinals 23, Vikings 20

STEELERS AT BENGALS – The Steelers all travel to Cincinnati to get the Christmas present of their dreams, a Red Ryder BB Gun. Steelers 24, Bengals 21

FALCONS AT PANTHERS – Do you remember when Matt Ryan was good and Cam Newton was not? Panthers 31, Falcons 13

49ers AT BROWNS – Johnny Manziel, fumbles, throws and interception and gets a delay of game penalty to start the game. Just as Mike Pettine’s head is about to explode, Manziel’s game does instead.  Browns 35, 49ers 33

REDSKINS AT BEARS – After the game, Rahm Emanuel asks the Redskins to “please take me back to Washington.” Bears 23, Redskins 17

LIONS AT RAMS –  Unlike the Rams, the Lions have a quarterback. Lions 26, Rams 17

CHARGERS AT CHIEFS – Only one teams tries. Chiefs 34, Chargers

SAINTS AT BUCCANEERS – The Saints defense dresses in Santa Claus outfits, because they give away so many gifts. Buccaneers 38, Saints 28

COLTS AT JAGUARS – Blake Bortles is better than I thought, but Matt Hasselbeck is not as old as you think. Colts 29, Jaguars 27

TITANS AT JETS – After that win against the Giants, the Jets are due for a letdown. But not against the Titans. Jets 30, Titans 20

TEXANS AT PATRIOTS – Bill Belichick issues a statement before the game: “We are going to cheat.” And then he refuses to answer any questions. The Texans are so obsessed with this, that they forget to play good football at the end. Actually, the Patriots cheat at the end. Patriots 32, Texans 31

RAIDERS AT BRONCOS – Broncos players routinely step on Peyton Manning’s injured foot, and poke him hard in his injured ribs to ask him how he is doing. And then they ask Brock Osweiler for his autograph. Broncos 28, Raiders 20

COWBOYS AT PACKERS – These teams met in the playoffs last year. Isn’t that cute? Packers 24, Cowboys 13

GIANTS AT DOLPHINS – Tom Coughlin is a good coach for three quarters. But in the fourth quarter lately, and especially in Miami, he thinks only about shuffleboard. Giants 23, Dolphins 17

This column is sponsored by dreams that don’t come true.