Sweet dreams are made of this
Who am I to disagree?
– Eurythmics

These week 15 NFL picks are making your damn Christmas presents. Bah humbug, bitches! But not you, Browns fans. Joy to the world!

Ernie the elf here. More appropriately, my name should be Elvis the elf, but my pathetic parents called me Ernie because of Ernie from Sesame Street. I’ve got issues. I hate everyone named Bert.  Also, Christmas really pisses me off. As an elf, I mean.

If I think about it differently, I guess I love Christmas as much as everyone. But I’m an elf, damn it.

Don’t get me wrong. I don’t want some big scandal quoting me in the newspapers. I am just an elf, dude. 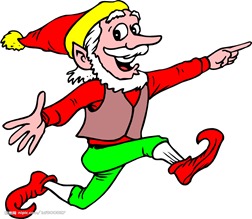 I am not a politician or public figure even though my work is well-known world wide. Look, it’s true. I am the best elf up here. Ask anyone. I am the Tom Brady of elves, okay? But that doesn’t give you the right to quote me using my words about how much I hate the mostly selfish (not elfish) people my contract requires I make presents for.

The truth is that most of the crap I manufacture up here you will be able to buy in five years at the dollar store for fifty cents. But not all of it. Sometimes, I make dreams come true. Are you listening Browns fans? Shh, Santa is drinking vodka with Bigfoot right now so I can do this while he’s telling old reindeer stories. For me, if you’ve heard one reindeer story, you’ve heard them all. I am jaded that way.

Anyway, there are budget negotiations going on up here. There is talk of a fiscal cliff and the loss of entitlements. I follow all of this like any elf would. But I am a Browns fan and now there is talk of the rich being not as well off as they have been for a generation. This probably sounds familiar, but  what this really means for Cleveland Browns fans is that I think my present this year is going to be extra special. All I have to do is sneak the Lombardi Trophy into Santa’s bag when he makes his Cleveland trip. So that’s whatzgonnahappen.

GIANTS AT FALCONS – One team has a backbone, and the other is the Falcons. Giants 31, Falcons 21

VIKINGS AT RAMS – Adrian Peterson is super awesome. Sam Bradford is better than adequate. But Christian Ponder is Santa Claus, giving the game away. Rams 17, Vikings 14

JAGUARS AT DOLPHINS – I suppose people in Florida care about this, but if I’m in Florida and this game is going on, I am heading to the beach with the radio off. Dolphins 20, Jaguars 17

PACKERS AT BEARS – For me, the Packers remain the most dangerous team in the NFC. The Bears, at times, can be almost that good. Packers 40, Bears 38

PANTHERS AT CHARGERS – The sun sets in the west. Panthers 29, Chargers 23

SEAHAWKS AT BILLS – In my gut, I feel an upset. Either that, or someone fed me bad bacon. Bills 24, Seahawks 17

LIONS AT CARDINALS – No sane person would pick the Cardinals to win. Cardinals 24, Lions 20

CHIEFS AT RAIDERS – At halftime, the two teams throw rocks at each other. Raiders 9, Chiefs 6

STEELERS AT COWBOYS – Two very untrustworthy teams. Overall, the Cowboys should be better. Yeah, middle of December against a peripheral AFC playoff team is about as big of a win as the Cowboys are capable of. Cowboys 27, Steelers 24

49ers AT PATRIOTS – For the last few weeks, it’s been all red carpets and roses for the Patriots offense. This may be a little tougher of a game, but watching Tom Brady is like watching Michael Jordan. Awwwww and then some. Patriots 30, 49ers 17

JETS AT TITANS – This is what passes for Monday Night Football – another Sanchez butt tackle? Another American institution in ruins. Titans 21, Jets 20

This column is sponsored by A Day Without Guns.