Paranoia strikes deep
Into your world it will creep
– Buffalo Springfield 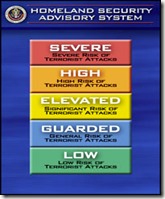 crap out of me. Every week, well except this week, there is an NFL team that wants to beat the Cleveland Browns.

You can’t even pinpoint where the threat comes from. Week to week, it is a different city that is trying to take down the Cleveland Browns. It morphs. Scary, very scary.

Who are these people? Why don’t they believe what I believe?

Ah screw it. Starting next week, my team will be launching bombs and putting boots on the ground. (Note to FOX, my favorite news network: the word is “boots”. You guys crack me up. Literally. I am cracking up.).

And as you can surely guess, that’s whatzgonnahappen.

GIANTS AT REDSKINS – For some reason, I am at my best at picking these Thursday games. Giants 45, Redskins 14

PACKERS AT BEARS – When Aaron Rodgers refused to throw towards Richard Sherman in week 1, the Packers season ended. Bears 33, Packers 24

TITANS AT COLTS – Charlie Whitehurst? That’s the punchline, but you already knew that. Colts 27, Titans 20

PANTHERS AT RAVENS – The Ravens, like the devil, feed on bad news. Not enough bad news this week. Panthers 24, Ravens 18

DOLPHINS AT RAIDERS – Derek Carr is already better than David Carr, and Joe Philbin is soon going to tell you that he thinks you could use a good life insurance policy. Raiders 27, Dolphins 10

JAGUARS AT CHARGERS – Blake Bortles proves he is better than Chad Henne and Blaine Gabbert, so that’s a good thing, right. Chargers 40, Jaguars 20

FALCONS AT VIKINGS – Teddy Bridewater plays as if if he doesn’t have gloves. Matt Ryan doesn’t need them. Falcons 33, Vikings 17

PATRIOTS AT CHIEFS – By the time this year is over, Tom Brady will look like Willie Mays at the end of his career. He may be pretty, but this is sad – and it’s the offensive line’s fault. Still,  Gisele begins thinking that Jimmy Garrapolo is cute. Chiefs 23, Patriots 16

BYE AT CARDINALS – Just like Yoda, Bruce Arians is.

BYE AT BENGALS – Can we just play the playoffs in the regular season?

BYE AT RAMS – Shaun Hill is the starter and Austin Davis is the backup. Okay, why?

This column is sponsored by Ebola Candy.