Week 5 NFL Picks By The Next Speaker of The House

Hush hush
Keep it down now
Voices carry
– Til Tuesday

These Week 5 NFL picks would have gotten to speak in this house earlier, but my Volkswagen diesel  needed gas. Then I ate some beans and I had gas. 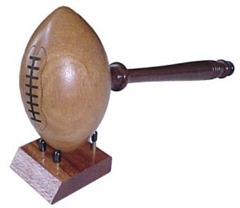 I am a gasbag, for sure.

But you will at least listen to what I say before you begin calling me names.

You won’t? You didn’t? You called me that?

That’s why I am the speaker of the house, and you are over there on the couch. I’ve been called much worse. Ask the person sitting next to you. That person really hates me.

But I don’t care anymore. For the next month at least, I’m the guy in charge of whatzgonnahappen.

COLTS AT TEXANS –Ryan Mallett to the bench. Brian Hoyer to the rescue. Andrew Luck to the doctor. Texans 20, Colts 13

JAGUARS AT BUCCANEERS – This is just a wild guess, but neither one of these quarterbacks will ever be fitted for a yellow jacket. Buccaneers 23, Jaguars 20

BILLS AT TITANS – The more games Rex Ryan’s teams play, the less exciting his act becomes. Meanwhile, Marcus Mariota is already on his way to being boring good. Titans 21, Bills 17

RAVENS AT BROWNS – Joe Haden intercepts Joe Flacco twice. It is Joe on Joe crime. The Browns, currently averaging one penalty per play, cut that in half. Josh McCown plays like Dan Marino. Browns 32, Ravens 28

SAINTS AT EAGLES – I don’t trust either of these teams, but I trust Drew Brees a lot more than Sam Bradford. Saints 25, Eagles 16

SEAHAWKS AT BENGALS – If this was the playoffs, the Bengals lose.  But this is October and the Seahawks don’t look right. Bengals 24, Seahawks 19

CARDINALS AT LIONS – Finish this sentence: The Lions were winning until the last second when… (blank). Cardinals 23, Lions 22.

PATRIOTS AT COWBOYS – Brandon Weeden is a decades old Bill Belichick science project to build the perfect backup quarterback for his team to play against. Patriots 45, Cowboys 6

BRONCOS AT RAIDERS – Derek Carr tells Peyton Manning, “My brother could have been better than your brother.” Peyton says, “Los Angeles is south, where you are going.” Broncos 22, Raiders 12

STEELERS AT CHARGERS – The Chargers are very vulnerable, but not to a team led by Michael Vick. Chargers 24, Steelers 14

BYE AT DOLPHINS – Ryan Tannehill visits a hospital full of sick kids, and insults them.

This column is sponsored by the “Ben Carson Mass Shooting Survival Program,” available exclusively for the next 1 second.