These Week 8 NFL Picks admit from Canada that no one here knew President Obama created the security breach that allowed the Jacksonville Jaguars to beat the Cleveland Browns last week.

We are saddened by what happened. We are now vigilant. Even the Oakland Raiders frighten us. 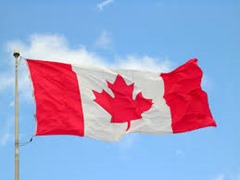 Our heroes at FOX News explained that the loss to the Jaguars was Obama’s fault, just like that recent terror attack on Canada. Obama has been a terrible leader for Canada, and it now seems that almost everyone we know has Ebola, or a couple of terrorists in their family.

There has been a lot of confusion around here. Fans rushing around, wondering if order will be restored. It will. It has to be. Usually order means the Cleveland Browns are on the bottom, but now there is finally a new world order in which the people who terrorized the Cleveland Browns realize they messed with the wrong team.

For instance, it has taken decades but this next game against the Oakland Raiders is revenge for the Browns playoff loss to the Raiders in 1980. Vigilant, eh?

That’s right, the Raiders don’t frighten us. Sure, it’s only been three paragraphs but that’s enough time to laugh at our previous fear. The Raiders are a joke of a threat. Yeah, the Jaguars were too. What’s your point?

Our point is  that we will not be intimidated by these laughable threats because we believe in Cleveland Browns exceptionalism, that everything is Obama’s fault, and especially in whatzgonnahappen.

CHARGERS AT BRONCOS – Everybody loves Peyton Manning more than Philip Rivers. I have never belonged to everybody. I don’t trust that group. Chargers 41, Broncos 40

LIONS AT FALCONS AT LONDON – The Falcons recruit the guardsmen from Buckingham Palace to play offensive line, but the Lions still win because Ndamukong Suh does not respect authority. Lions 28, Falcons 21

SEAHAWKS AT PANTHERS – Remember when the Seahawks were the best team in football?. The Panthers defense does in the first half, but Cam Newton has no clue about that ancient history. Panthers 27, Seahawks 20

RAVENS AT BENGALS – Steve Smith looks like a man possessed, and the Bengals look like the Bengals. Ravens 24, Bengals 17

DOLPHNS AT JAGUARS – The Jaguars got a huge boost of false confidence after beating the Browns last week. Normally, the Dolphins are happy to bring any opponent false confidence too, but this week they fail as the Jaguars are incapable of two in a row. Dolphins 26, Jaguars 13

RAMS AT CHIEFS – I like the story of Austin Davis, but I think the Chiefs have righted the ship. Chiefs 27, Rams 29

BILLS AT JETS – The Bill are a mirage. The Jets aren’t as bad as they look, and Percy Harvin will help before he hurts. Jets 27, Bills 17

TEXANS AT TITANS – The Texans stay at mediocre by barely beating the bad Titans, starting a rookie quarterback. Texans 24, Titans 22

EAGLES AT CARDINALS – Sure, the Eagles have had time to prepare for this, but I like the Cardinals at home in this game of two teams playing well. Cardinals 28, Eagles 26

RAIDERS AT BROWNS – The legend of local hero, Brian Hoyer, hit a bump last week in Jacksonville, but the Raiders are a perfect storybook chapter to turn it around. One of these weeks, the Browns defense will start to play like Dawgs, instead of like dogs. Maybe this is the week. Browns 31, Raiders 9

COLTS AT STEELERS – Andrew Luck will light up the Steelers defense. Colts 38, Steelers 25

PACKERS AT SAINTS – It’s that weird time of the season when teams that look horrible can have a great game. I’m talking about the Saints. Saints 36, Packers 26

REDSKINS AT COWBOYS – In a long line of really horrible Browns starting quarterbacks, Colt McCoy was one of the best. The kid can play, and I say the Redskins pull a stunner, just to mess further with RGIII’s head..Cowboys

BYE AT 49ers – Colin Kaepernick gets a tattoo of Jim Harbaugh getting fired.

This column is sponsored by Scotch tape and rubber bands.