Week 9 NFL Picks of Frankenstorm and the Zombie Apocalypse Election

And admit that the waters
Around you have grown
And accept it that soon
You’ll be drenched to the bone…..
For the loser now
Will be later to win
For the times, they are a-changin’
– Bob Dylan

These week 9 NFL picks should be worried about the zombie apocalypse election now that Frankenstorm has passed. But the Cleveland Browns won, so no worries.

According to a tweet from a twit, FEMA officially tweaked Tim Tebow to treat the blown away and loss-flooded New York Jets, while fat partisan gridlock caused by the large 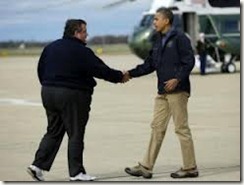 Governor Chris Christie has saved thousands of lives of Jets fans who planned to toss themselves off of the George Washington Bridge. Tremendous! Or terrifying. One of those.

None of this is true, except for the parts that are. I do have worries. I hide them well. Freak storms and big elections scare me. I’ve seen the damage both can do, and so it is more fun to worry about the little things, like whether my favorite football team has finally turned the corner. The Cleveland Browns won last week. No worries.

The choice between Barack Obama and Mitt Romney is as clear of a choice as this week’s battle between the Cleveland Browns and the evil Baltimore Ravens. Let’s just say that the stimulus is working.

Everything I just wrote is an attention-deficit disorder lie, wrapped around an attention-starved conundrum. Except for the parts about the scary election, and the Cleveland Browns winning. Those are true.

CHIEFS AT CHARGERS – This game could put the NFL Network out of business. Horrible versus Pathetic. Go with Pathetic. Chargers 26, Chiefs 10

RAVENS AT BROWNS – This is the weekend the balance of power shifts in the AFC North. The Browns are red-hot. Blistering. Two wins in their last three games. The Ravens are evil and injured. Art Modell is dead. Jimmy Haslam owns the Browns. I smell Super Bowl! Or maybe just Ray Lewis’s rotting corpse. How did he die this week? It’s a whodunit. You make the call. Browns 34, Ravens 23

BYE AT JETS – The “Book of Tebow” was set to open on Broadway, but Rex Ryan decides to let “Sanchez’ Cats” run for a few more weeks.

BILLS AT TEXANS – Remember how the NFL is now a passing league and the run is not important? The team that runs the ball the most in the NFL is the 6-1 Texans. This could be a trap game, but the Texans are too balanced for traps. Texans 30, Bills 20

BYE AT RAMS – The Rams discover, way too late, that even though they were in England last week, they were supposed to try to play American football, not soccer. Sure, they lost 45-7, but 7 usually wins in a soccer game.

DOLPHINS AT COLTS – Football is an emotional game and “Win For Chuck” seems to have some mojo. Colts 24, Dolphins 21

BEARS AT TITANS – This looks like a trap game and Jay Cutler has an aching need to melt, until he proves otherwise. Titans 27, Bears 17

BYE AT 49ers – Pablo Sandoval is brought in to help the defense, because who doesn’t want a guy that hits like that?

LIONS AT JAGUARS – When Joe Biden said, “That’s a bunch of malarkey,” was he talking about Mike Mularkey’s touchdown celebration ban, or just the Jaguars in general? Lions 41, Jaguars 10

PANTHERS AT REDSKINS – Cam Newton shows Robert Griffin III a thing or do about magic and sends Washington DC home miserable for the days before the election. Future political scientists will call it the Cam Newton effect. Panthers 27, Redskins 21

BYE AT PATRIOTS – Star quarterback Tom Brady spends time with his supermodel wife. In other words, he spends his time as a cliché. That’s why clichés are popular.  Bill Belichick writes a list. First thing on the list: Never panic.

BRONCOS AT BENGALS – Peyton Manning’s statistics and his wins are back. I still don’t believe he throws the ball the same, but the Bengals, even rested after a bye, are not the toughest test. Broncos 28, Bengals 27

BUCCANEERS AT RAIDERS – The Bucaneers might be coming back to life and the Raiders can only beat teams without any life. Buccaneers 23, Raiders 20.

VIKINGS AT SEAHAWKS – Logic says the Seahawks at home should fix things against the suddenly struggling Vikings, but no one has called me by my nickname, Aristotle, in years. Vikings 27, Seahawks 24

STEELERS AT GIANTS – I wish the Steelers always wore the prison-yard uniforms that they wore last week. This week, it will just feel like the are trapped and can’t get out. Giants 31, Steelers 19

COWBOYS AT FALCONS – Mitt Romney has Mittmentum, but it’s doomed to failure. Mattmentum, however, looks good to go. The Falcons are going lose, but not to the dysfunctional Cowboys counting on Dez Bryant’s hands. Falcons 27, Cowboys 21

EAGLES AT SAINTS – The Saints cannot defend against anyone, not even the Eagles. But the Eagles can stop themselves. They can’t stop the Saints. Saints 41, Eagles 31

This column is sponsored by Snooki-Americans.
–