Haven’t you heard it’s a battle of words
The poster bearer cried
Listen son, said the man with the gun
There’s room for you inside
– Pink Floyd

These Wildcard Weekend NFL Picks are dumb as a bag of rocks. We are not part of the intelligence community. We spent the season picking the Cleveland Browns to win games.

But this weekend our advice comes from from Julian Assange, who told us he did not get these picks from a shirtless Russian named Pladimir Vutin.

We are so confused. We used to rely on our intelligence community. 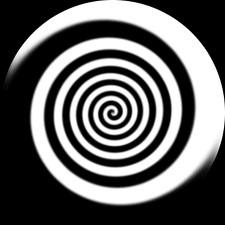 What we know is that Julian Assange said he got these Wildcard Weekend NFL Picks from a 400-pound kid in his mother’s basement. We can’t verify this. We didn’t weigh the kid.

We’re so dumb, we actually don’t trust anyone’s story on these Wildcard Weekend NFL Picks. Once, in fact, when Julian Assange was picking against the Browns, some have quoted us as saying it would be a good idea to execute him.

We may have overstated that a bit. Now we think he is a hero. Next week, just as in these games, who knows what we’ll think or whatzgonnahappen:

RAIDERS AT TEXANS – This is just how they dreamt it up in NFL headquarters, right? Texans 5, Raiders 2

LIONS AT SEAHAWKS – If the Lions can win the Super Bow, it will complete the underdog trifecta with the Cavaliers and Cubs. But sports miracles are so last year. Seahawks 31, Lions 20

DOLPHINS AT STEELERS – The Steelers will have a slugger’s chance in the playoffs, and this game is an early knockout. Steelers 42, Dolphins 20

This column is sponsored by a Constitutional Crisis.