Inside the museums, infinity goes up on trial
– Bob Dylan

VOICE: This 2012 Super Bowl XLVI pick is an attack ad on my flip-flopping opponent, who once said that Colt McCoy would be the hero of Super Bowl XLVI.

I have met my opponent, and he is me.

Don’t vote for him. He is the on-food-stamps prognosticator, and also a big fat preachy policeman wannabe who says it is immoral to ever say anything nice about the mad scientist Bill Belichick, who coached the Cleveland Browns before he became a mad scientist. 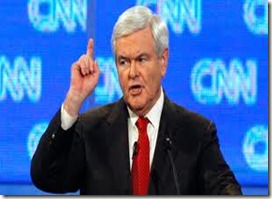 (CUE the creepy music… show unflattering photo of my opponent, who looks an awful lot like me with a Browns-lost-again chili hangover.) My opponent last week had no conference championship insight into a Billy Cundiff missed field goal, a Lee Evans dropped touchdown pass, or Kyle Williams messing up two punts, including letting one bounce against his leg. Any common seer could have seen those things happening. My opponent instead pondered what it would be like to actually worry about the taxes he would pay if he earned $42 million.

My opponent invested in lottery tickets that didn’t produce jobs except for Freddy Mac, the guy at the 7-11 who sells lottery tickets to my opponent, who thinks Freddy Mac will self-deport back to Washington and his wife Fannie. It’s a fantasy, like Peyton Hillis.

(ACTIVATE ANIMATION  showing Satan climbing out of the ears of my opponent’s visage) My opponent is too erratic. You never know what he is going to say. He has grandiose ideas about the Cleveland Browns, who have not won an NFL title since 1964, and the Browns perfect 48-year-plan.

(GRAPHIC of Lombardi Trophy in flames) This is the most important election, and Super Bowl prediction of our time. The future of the Lombardi Trophy is at stake and it can not be left to someone like my opponent. He has never run any a  betting business, he is too inconsistent with his stupid consistent views about a wishful Cleveland Browns victory at the Super Bowl in Indianapolis, which stole a team from Baltimore, which stole a team from Cleveland, which is not in the Super Bowl once again. Is this Super Bowl important? Oh gosh, yes.

( GRAPHIC: “This ad was paid for by Citizens Against Everything”) I have not coordinated with the makers of this ad about my horrible evil opponent in any way. Making another hypocritical Super Bowl prediction is something I don’t want to do and I think the destructive, vicious negative nature of asking for football predictions makes it harder to attract decent people to predict NFL games and I am appalled that anyone would begin a Super Bowl prediction column by drawing such a parallel as this way I just decided to say whatzgonnahappen.

PREGAME: Blake Shelton and Miranda Robert perform a stirring version of their duet hit song, “Who the hell am I?”

COIN FLIP: Peyton Manning flips the coin, just like in the commercial. With his number one rival and his little brother playing against each other in his stadium, Peyton is next headed to a therapist’s couch. But first it is heads. Tom Brady calls it, in what sportswriters immediately coin as his “heads-up call,” and the Patriots defer, wanting the ball to start the second half. The Chinese government then takes the coin as interest on the US debt.

FIRST QUARTER: A bunch of really interesting stuff happens at the beginning of the game, but the announcers spend that time talking about Tim Tebow. It turns out that Eli Manning comes out throwing. It is obvious early that the Patriots and Giants are involved in a chess match. The Patriots defense appears outgunned on the first drive. Eli looks driven and Mario Manningham burns the Patriots defense, which is obviously determined to take Victor Cruz away. The Patriots methodically march down the field to match it. Brady looks driven. But anyway, about Tebow…. Patriots 7, Giants 7

SECOND QUARTER: Watching the game in the press box, all the older sportswriters start talking about Ali and Frazier. The defensive lines are now teeing off on the two quarterbacks. After the Thrilla in Manilla, Ali said it was the closest to death he’s ever felt. Urgency is already setting in, even in Bill Belichick’s slightly Satanic and alter-boyish face. Field goals are traded. And traded again. Patriots 13, Giants 13

HALFTIME: There have been a lot of creepy halftime shows, but this year Madonna comes on stage dressed as Newt Gingrich and sings “Like a virgin, touched for the very first time.”

THIRD QUARTER: Rob Gronkowski, who looked hobbled the entire first half, comes out in the second half like he was a rookie who’d never been hit. But say no to drugs, kids. Tom Brady is given time by a newly focused offensive line and the the Patriots shoot 79 yards down the field in five plays. Ahmad Bradshaw finally introduces himself and the Giants answer. Deion Branch. Victor Cruz. Bombs away. Patriots 27, Giants 27

FOURTH QUARTER: The offenses both stall. Suddenly the defensive lines are back to harassing the quarterbacks. Say hello to the the punters. Patriots punter Zoltan Mesco has the best name in the NFL. With the Super Bowl tied halfway through the fourth quarter, Al Michaels and Chis Collinsworth talk about how wonderful Tim Tebow is for five minutes. During that time, Brandon Jacobs runs around the right end for a 13-yard Giants touchdown. Tom Brady then hits Chad Ochocinco for an 80-yard touchdown pass. Isn’t Tim Tebow great? Two more field goals follow before the announcers notice. The game is tied at 37 with 3 minutes to go, and it less than dramatically stays that way. Patriots 37, Giants 37

OVERTIME: The Giants win the coin toss and the Giants get a quick field goal. Karma is the ultimate bitch. Karma says a missed field goal decides the game. Karma says the Patriots miss. Karma is not always correct. The Patriots make the tying field goal for the same reason Lee Evans dropped that pass, and Billy Cundiff missed that kick, and the Tuck rule was invented. Later, Sterling Moore blocks a kick by Giants kicker Lawrence Tynes. The game is won when BenJarvus Green-Ellis (AKA “the law firm”) runs it in from 23 yards. Patriots 44, Giants 37

POSTGAME: The 3.5 hour game has ended but this is the dead middle of 18 hours of Super Bowl coverage. Dan Patrick gives the Lombardi Trophy to Bob Kraft, who gives it to Bill Belichick, who raises it and says, “This one is for Cleveland.”

This column is sponsored by http://Freecheezeburgerz.com