He was taken to task by some critics who asked,
Do you write the words or lyrics first?
– Michael Stanley Band

These 2016 NFL Season Picks are paranoid and frightened of foreigners such as Pittsburgh Steelers fans. They dress funny and have weird beliefs.

Maybe the Eighth Amendment people can do something about this. Right now I am busy using the Fifth Amendment, or maybe it’s a fifth of scotch. 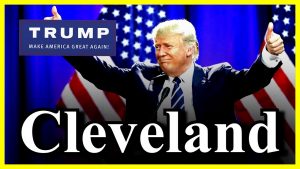 Russia, if you are listening – Can you find a way to make the Cleveland Browns great again?

You may recall that last year, before the winner yelled, “Get him out of here,” I had declared my candidacy for the Republican nomination for Prognosticator of the United States of America.

I thought I had a great strategy. I was going to out-crazy Donald Trump by picking the Cleveland Browns to win the Super Bowl.

And while the Browns finished with one of the worst records in the NFL, I didn’t have a chance once Trump insulted John McCain, the Pope, committed treason while looking at the camera, wondered aloud why he can’t use nuclear weapons, tossed a baby out of a rally, and talked about the options of Second Amendment people.

Even when I when I danced naked with kazoo-playing parrot standing on my head, CNN barely noticed. So I picked the Browns to win the Stanley Cup. Again, crickets. 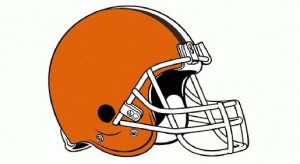 While I cheered for an orange-helmeted team, the orange haired demagogue won. He did have one good point about the Browns. They really have been losers.

So I did what a losing candidate does – I grew a beard and went on vacation to Mexico. Hillary Clinton did this in 2008. But I digress.

The point is that I lost all my passport when I was in Tijuana. It’s a long story involving myself, Johnny Manziel, peyote, and an orange-haired mystic who told me, “Have a taco bowl and don’t rape anyone.”

I did what I was told because I was in a country, Mexico, with only one NFL game scheduled for the entire year. Obviously, I wanted to come to America for a better life. So I climbed the wall.

This is a new year. and a new formula here at Whatzgonnahappen.

After evaluating the rewards of writing this, it turns out that this is a political column with an interest in football and an insane belief that the Cleveland Browns are connected to all things in the universe, and they will win every game.

I recently discovered that only four people read this, and those are the voices in my head.

So this year, the season picks are projected records. That is all.

As for each week – only projected scores.

Sorry, but I am busy making America great again. As you should be.

As I was saying, I had to climb over a wall to get here.

It was a beautiful wall, tremendous wall, believe me.

And as soon as I got over the wall, I knew exactly whatzgonnahappen.

This column is sponsored by the folks who rig American Democracy.