My opponent for the job of Week 8 NFL Prognosticator was Brett Favre’s penis photographer. Plus, she’s a witch. And she’s not even a she. She’s a he. And he wants to sell your children to an illegal immigrant and then tax you for the transaction.

My opponent once owned a restaurant

and brags about his business experience, but what he doesn’t tell you is that his famous dish was slow-cooked puppy-and-kitten stew. The stew was delicious, but is this the kind of person you want picking week 8 in the NFL? 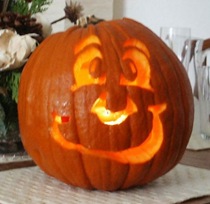 Our country is in peril and my opponent has hired campaign workers to put helmet-to-helmet hits on my supporters. Sure, we have retaliated. Politics is a contact sport.

But listen, my fellow citizens. I am pleading with you to despise  my opponent as much as I do. Just remember my slogan: His morals are even worse than mine! My opponent has thrown a lot of dirt in this campaign. But I have only one question for him: Why are you so fond of your pet goat?

If my opponent is elected, be fearful about whatzgonnahappen.

DOLPHINS AT BENGALS – If the Bengals defense was on trial, they would offer no defense. And while the Dolphins should run wild, the Bengals offense should offer some reality-show-type explosions. Bengals 30, Dolphins 17

JAGUARS AT COWBOYS – Did you know that Jon Kitna is still alive? Isn’t he the same age as Ernest Borgnine? Cowboys 35, Jaguars 12

REDSKINS AT LIONS – Matthew Stafford will pick on DeAngelo Hall, who will pick off Stafford  once. He will also get burned for two touchdowns. Donovan McNabb mounts a valiant rally, but watch out for the Lions. Yes, you just read that. Lions 24, Redskins 20

BILLS AT CHIEFS – Ryan Fitzpatrick passes. He went to Harvard and he passes. Get it? Bills 24, Chiefs 23

BYE AT RAVENS – Someone in a Ray Lewis costume knocks on Ray Lewis’ door asking for candy, and Ray Lewis is scared to death.

PACKERS AT JETS – This is an episode of M*A*S*H. Aaron Rodgers is Hawkeye. Jets 33, Packers 20

BYE AT BEARS – Kids at Jay Cutler’s house get the wrong candy.

BYE AT GIANTS – Ahmad Bradshaw dresses like Chris Johnson and suddenly gets respect.

BUCCANEERS AT CARDINALS – The Cardinals are going to have a good game sometime. And the Buccaneers are ready to trip. Cardinals 29, Buccaneers 10

BYE AT EAGLES – Kevin Kolb dresses as Michael Vick, and Vick dress as Kolb. They do it just to mess with Andy Reid.

SEAHAWKS AT RAIDERS – This isn’t a prediction. More like a wish. Seahawks 59, Raiders 3

STEELERS AT SAINTS – After playing the mighty Browns defense, Drew Brees is relieved to face the Steelers. Saints 22, Steelers 15

TEXANS AT COLTS – Arians Foster described the atmosphere in Indianapolis as a whole different animal than playing at home. Some describe it as skunk. Colts 20, Texans 0

This column is sponsored by hope, change, and tea.