Many times we shared our thoughts
But did you ever notice the kind of thoughts I got?
– Johnny Cash

Did you ever notice that my week 9 picks seem heaven-sent? I spent my life as a New York Giants fan but then I went to heaven and discovered this place is littered with Cleveland Browns fan. It turns that the meek really do inherit the Earth. 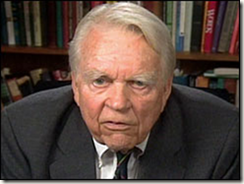 You know what drives me crazy? Peyton Hillis, the first genuine hero character that Browns have had since Bernie Kosar, turns out to be acting weirder than Rick Perry after a couple whiskeys. And then it turns out that 15 percent of all Americans are living in poverty, but for those who are Dolphins fans, it is worse.

And while the top 1 percent of all Americans are millionaire Packers fans, millionaire Colts fans don’t have it nearly as bad as you might think. Peyton Manning, their trust fund, has been taken away from them for a year. If they get Andrew Luck, their downfall will last significantly shorter than a Kardashian wedding. From heaven, this is Andy Rooney and that’s whatzgonnahappen.

BROWNS AT TEXANS – For a celebrity, Peyton Hillis is the invisible man. The Browns will win this week because, um, because everyone turns the clocks back and it is no longer Touchdown Savings Time. Plus Colt McCoy will play like he’s back in Texas. Browns 24, Texans 21

JETS AT BILLS – Chan Gailey, the under-appreciatedd head coach, Ryan Fitzpatrick, the blue collar quarterback from Harvard, and Fred Jackson, the undrafted running back from Coe College, are part of my new second favorite team. Joe Namath would probably agree they are doing things the right way in Buffalo. Bills 31, Jets 21

BYE AT PATHERS – Jimmy Clausen has Mel Kiper over for humble pie.

FALCONS AT COLTS – Matt Ryan should have an easy time with the Colts defense. He won’t. I smell a crazy upset. Colts 26, Falcons 13

DOLPHINS AT CHIEFS – The Dolphins are leading until the end of the game. Rinse and repeat. Chiefs 24, Dolphins 23

49eRS AT REDSKINS – Mike Shanahan is forced to turn in his “Genius” pin and go sit over in the corner with Brian Billick. 49ers 21, Redskins 17

BYE AT LIONS – Ndamakung Suh takes a night class in voodoo, and gets a quarterback voodoo doll so he can torture quarterbacks on his off weeks.

BRONCOS AT RAIDERS – Tim Tebow is wondering what the heck God is thinking. Raiders 30, Broncos 10

BENGALS AT TITANS – Andy Dalton to AJ Green looks real, and yet they play for the Bengals. How can that be? Bengals 17, Titans 6

RAMS AT CARDINALS – Although it’s the Steven Jackson show, John Skelton is in the final act. Cardinals 22, Rams 19

BYE AT JAGUARS – Brian Robiskie to the rescue? Really?

GIANTS AT PATRIOTS – How do you get revenge for a Super Bowl loss? By beating the same team four years later in a game in early November. Patriots 30, Giants 21

PACKERS AT CHARGERS – A lot of people are picking the upset in this game. Not me. I am not part of a lot of people. Packers 31, Chargers 20

BYE AT VIKINGS – The Vikings convince themselves that they have the best 2-6 record in the history of the NFL.

BEARS AT EAGLES – The dream team has a dream come true. They play against Jay Cutler. Eagles 27, Bears 20

This column is sponsored by the Herman Cain Dating Manuel, for sale soon.