I believe in you. That’s why I tripped the opposing prognosticator as he was running to the liquor store. But I don’t think I’ve been naughty. I adapted to my environment.

Now I am unemployed, so please bring winning week 15 NFL picks because I am giving potatoes as Christmas presents this year. Not Mr. Potatohead. 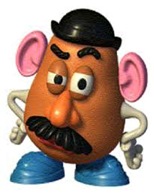 Potatoes. Well, one potato each – except for the twins, who must share.

Look Santa, I know that you will bring touchdowns to Tom Brady like you bring riches to rich people, but can you please put some winning week 15 NFL picks under my tree. I know I don’t actually have a tree. Pretend my hat is a tree.

As you know, Santa, I am a Cleveland Browns fan so I’d like to thank you for bringing Colt McCoy back because Jake Delhomme was making me think you didn’t exist. But I am more than a Browns fan. I am American, so it would make me very happy if you and the elves could bring rent money. Pretty please, plus groceries on top!

A job would be great too, but I understand you have limitations. It’s not like you’re the Easter Bunny.

Still, it’s almost Christmas! I am so excited that rich people got a tax cut. I don’t know whatzgonnahappen.

CARDINALS AT PANTHERS – Each coach stands on the sideline ringing a little bell. Panthers 15, Cardinals 13

REDSKINS AT COWBOYS – Mamas don’t let your babies grow up to play for either of these teams while they are owned by these two knuckleheads. I was on Willie Nelson’s tour bus when he sang it that way. I think that’s how I remember it. Cowboys 26, Redskins 19

CHIEFS AT RAMS – The Chiefs have been in trouble ever since they cut Matt Cassell’s appendix from the roster. Rams 27, Chiefs 6

EAGLES AT GIANTS – While performing The Nutcracker on the 1-yard line, DeSean Jackson is stripped of the ball and denied a game-winning touchdown. Giants 27, Eagles 24

TEXANS AT TITANS – Cortland Finnegan and Andre Johnson exchange Christmas presents. “A knuckle sandwich? That’s what I got you!” Titans 24, Texans 23

SAINTS AT RAVENS – Ray Lewis is gift-wrapped too tight to breathe, so he certainly can’t catch Drew Brees. Saints 29, Ravens 19

BROWNS AT BENGALS – Colt McCoy is already the greatest quarterback in NFL history. Of course, Brady Quinn once held that job. Browns 40, Bengals 20

LIONS AT BUCCANEERS – When a game is close, bad teams find a way to lose. Buccaneers 24, Lions 20

FALCONS AT SEAHAWKS – The 11-2 Falcons against the 6-7 Seahawks. Yes, a classic battle of first-place teams. Falcons 28, Seahawks 14

JETS AT STEELERS – Santonio Holmes has a big game, prompting Ben Roethlisberger to wonder why his team can’t ever get guys like that. Jets 20, Steelers 17

BRONCOS AT RAIDERS – Tim Tebow’s first pass is a touchdown. So the Raiders start out winning 7-0 and the game finishes… Raiders 59, Broncos 0

This column is sponsored by Mistle Tofu.