To ensure that these week 11 NFL picks are safe, you are going to have to let me touch your junk. Hey, don’t blame the junk toucher. I was hired by the government. This was the only job I could find. 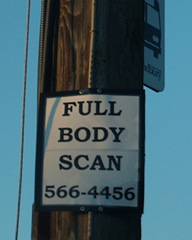 On the other side of my grimy hands are week 11 NFL picks. It’s like getting a ticket out of here, I know. So as part of the new security rules let me ask you this: Do you come here often? What’s your sign? Do you like long walks on the beach?

If you don’t want me to touch your junk, you can walk through the security scanner. The dial today is set somewhere between Three Mile Island and Chernobyl. I am sorry. The Hiroshima setting used the last time you went for NFL picks was an operator mistake.

Yes, I know that you can’t wait to find out about Peyton Manning versus Tom Brady, and whether Colt McCoy can continue to look like a legitimate NFL quarterback. If you will just turn your head to the left and cough, we are almost finished.

Now wait one minute while I chug another can of Four Loco. My boss thinks its soda. Burp!  Whew, that’s the only way I can do this job. Now proceed down the line to that man holding Vaseline and wearing latex gloves and you’ll almost be at your week 11 NFL picks. Oh sure, we’ll mail your underwear back to you. That’s whatzgonnahappen.

BEARS AT DOLPHINS – Tyler Thigpen is better than either one of the hanging Chads. Dolphins 26, Bears 17

RAVENS AT PANTHERS – When Ray Lewis visits a Carolina barbecue, there is an unfortunate incident involving a pig. On Sunday, the Ravens consume the Panthers as if they were barbecued. Ravens 24, Panthers 14

BILLS AT BENGALS – Carson Palmer, who is giving a football to everyone in America for Christmas, takes time out to win at least one game. Terrell Owens helps, as do the bad news Bills. Bengals 26, Bills 21

LIONS AT COWBOYS – As a gift to fans from Jerry Jones personal stash, everyone at the stadium gets a free butter statue of Wade Phillips. Cowboys 27, Lions 20

BROWNS AT JAGUARS – Miscommunication causes the Jaguars to count on their “Hail Larry” play. Colt McCoy has his best game yet. Browns 34, Jaguars 20

CARDINALS AT CHIEFS – Todd Haley has figured out how to motivate people. He refuses to shake hands with his players. He also refuses to talk to them. They respond by playing a great game. Chiefs 31, Cardinals 10

TEXANS AT JETS – In overtime, Santonio Holmes scores on what is called a “blunt route.” Jets 26, Texans 19

RAIDERS AT STEELERS – The Raiders should fall this week but I instead expect Richard Seymour to fall on Ben Roethlisberger. Raiders 21, Steelers 20

FALCONS AT RAMS – The Falcons are starting to get respect. But not from me. Rams 23, Falcons 20

COLTS AT PATRIOTS – It’s fourth down and the Patriots have the ball on their own 1. Bill Belichick signals he is going for it. Hearts are pounding. They get the first down. The next fourth down they go for it again. He refuses to punt the entire game. Patriots 35, Colts 34

GIANTS AT EAGLES – “We were like pit bulls, ready to get out of the cage,” said Michael Vick’s teammate, DeSean Jackson. I have nothing to add. Eagles 24, Giants 20

This column is sponsored by earmarks that don’t hurt your ears.