Well there ain’t no time to wonder why
Whoopee, we’re all gonna die
– Country Joe & The Fish

These righteous NFL Conference Championship Picks, hiding from American carnage, would like to point out that for far too long the establishment of good NFL football teams has protected only itself, not the Cleveland Browns. 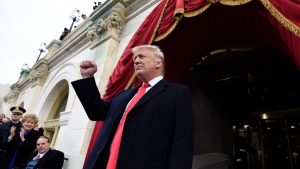 While others teams flourished by playing good football, Browns jerseys of quarterbacks who arrived with great hope and failed in many unique balls of flame, are scattered like tombstones in closets from Parma to Lyndhurst, the salary cap is flush with cash but the the roster is deprived of talent, and drugs have stolen a quarterback and wide receiver of their unrealized potential.

I also love Tom Brady and Belichick, who told me to work harder than anyone who doesn’t know how to cheat. Plus, we all have the same goal, to eradicate the Pittsburgh Steelers from the face of the winning column.

So to every single NFL fan out there, whether you root for the Cleveland Browns, or if you are a fan of the Browns or even if the Browns are your favorite NFL team, you will never be ignored again. We are all one saluting the same glorious NFL team, and no other. That’s my idea of freedom. 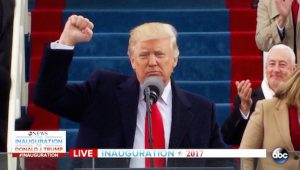 PACKERS AT FALCONS – After the Packers plane lands in Atlanta, Aaron Rodgers is unpacked and re-assembled. New parts, such as updated microprocessors, are added as needed. Matt Ryan just throws the ball to Julio Jones. Aaron Rodgers is fitted with lasers, and a 360-degree slow motion view of real time is implanted in his eyes. Matt Ryan plans to throw the ball some more to Julio Jones. It goes like this all game as Rodgers continues to do superhuman things and Ryan continues to do the smart thing by throwing to Jones. A missed extra point decides it. Packers 42, Falcons 41

STEELERS AT PATRIOTS – Instead of the play calls in his helmet, Ben Roethlisberger hears a continual loop of Donald Trump saying “Tom Brady and Belichick”. But Roethlisberger comes out hot, torching every player not named Malcolm Butler. Until halftime. That’s when President Trump issues an executive order that repeals and replaces Brady’s four-game suspension from deflategate. The Patriots are allowed to use four games worth of offense in the second half. When Roethlisberger gets mad, Belichick points to a VHS tape labeled “Ben & Girls.” When Mike Tomlin calls Belichick an asshole, Belichick says, “Thank you.” Trump tweets: “I learned that from him.” Patriots 40, Steelers 27

This column is sponsored by the Donald J. Trump Presidential Library & Public Restroom.