Boo!  Hi, I am Megyn Gretchen with your FOX News NFL Conference Championship Picks, just in case you haven’t been killed yet. 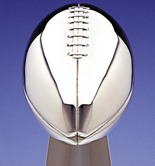 Let’s go to my guest, the craziest person my producers could find, to bring some perspective to this discussion. But before we get to Skip Bayless…

Boo! Or, if you are a Cleveland Browns fan, Johnny Manziel! 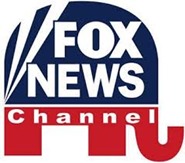 So Andrew Luck, Russel Wilson, Tom Brady and Aaron Rodgers are playing this weekend, yet no one is talking about Benghazi. This goes to show you about the bias of the mainstream media.

And did you know that Obama tells the referees to make bad decisions because he’s a socialist who wants to spread the wealth around? Well, it’s as true as anything else I have ever told you. So if you believe that, you probably believe this is whatzgonnahappen.

PACKERS AT SEAHAWKS – Short quarterback football is good football as long as it doesn’t involve Johnny Football. Russell Wilson and Aaron Rodgers are shortish, but they play in a lot of big games. Start this game by hoping that Rodgers, who didn’t throw one pass at Richard Sherman when they met in the opening game, throws every pass at Richard Sherman. Wouldn’t that be cool? Okay, it wouldn’t be smart, but still. It’s actually easy to envision the Packers winning, but it’s easier to see the Seahawks winning, because of the defense  and because Wilson is good and they have the not-so-secret weapon of Beast Mode. Seahawks 30, Packers 22

COLTS AT PATRIOTS – If this was Andrew Luck versus Tom Brady, Luck might have a chance. But this is the Indianapolis Colts versus the New England Patriots. In Foxboro. The Patriots have a defense and Rob Gronkowski. Andrew Luck has, what, Trent Richardson. Okay, he actually has some professional football players for teammates too, but there just isn’t enough there to beat these Patriots this year. It’s coming, this changing of the guard. But not yet. Patriots 40, Colts 27

—
This column is sponsored by any religion that does not use guns.