These NFL Divisional Playoff picks are from the prophet Mohammed (Muhammad’s drunk twin brother), who was wrong when he predicted the Cleveland Browns would win this year’s Super Bowl. 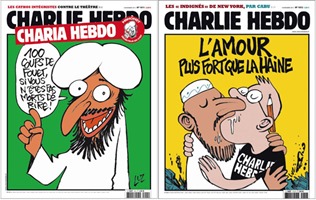 When the prophet Mohammed told a Cleveland homeless guy – I think his name is Elmer – that drafting Johnny Manziel was a divine intoxicated idea, Mohammed and Elmer the homeless guy were wrong. Right then, both should quit vodka.

Not Manziel, though. He needs more vodka. I’ve once heard myself say maybe he plays better when he’s drunk. He certainly didn’t when I was.

Don’t lump us in with those few knuckleheads who have no idea what the prophet Mohammed actually said, said the great majority of voices in my head.

I was told that the prophet Mohammed made clear in his best-selling book that one of the teams below (not the Browns) will be the Super Bowl champ this year.

RAVENS AT PATRIOTS – This is a game between Ray Rice’s old team and Aaron Hernandez’s old team, but I am guessing the NFL will not advertise it as the women beaters versus the murderers. Too bad. (I am available to help with marketing, if you need me). Joe Flacco and the Ravens have already come into New England and beat the Patriots in the playoffs. But not these Patriots for one reason: Rob Gronkowski is essentially unstoppable. Unless Gronk gets hurt like he always does, it’s hard to imagine anyone stopping him in the next month. Patriots 32, Ravens 23

PANTHERS AT SEAHAWKS – Does anyone remember how bullying was a big issue last year? I do. People always bully me. Stop that! Ouch! Nevertheless, this game reminds me of how one time a bully invited me over his house because the teacher made him. I could go on about the ensuing wedgie, but perhaps you get the analogy here to this football game. Ouch! Seahawks 30, Panthers 12

COWBOYS AT PACKERS – Tony Romo cannot reach his destiny of the greatest goat of all time without first getting to the Super Bowl. The last time these two teams met in Green Bay in the playoffs, it was Don Merideth against Bart Starr. Starr won. Everyone everywhere says that Aaron Rodgers is better than Romo. So much swirling, but I go back to Tony Romo’s destiny. You can’t screw up historically in the fourth quarter of the Super Bowl without first getting to the Super Bowl. This stuff is writ in the stars. We mortals have no control. Cowboys 46, Packers 45

COLTS AT BRONCOS – Jim Irsay is going to need his entire medicine cabinet to get through the emotions of this game. If he remembers to follow a pill with a slice of Papa John’s pizza, he should be fine watching his old quarterback, Peyton Manning, beat his current quarterback, Andrew Luck, in a game that isn’t’ much of a game but rather an excuse to go to Jim Irsay’s medicine cabinet. Broncos 27, Colts 12.

This column is sponsored by everyone’s middle finger.