A moment of steel
A dry-eyed house
Did he say goodbye to you
Or did you kick him out?

These Week 10 NFL Picks thought the world liked us, but the Picks just made a mental note of everything the world has said. 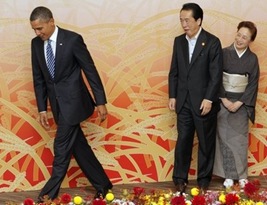 China just laughed at us, and South Korea said see ya later. It may appear right now like we are no longer a super power among the world’s most powerful NFL pickers.

But these week 10 NFL Picks are still relevant because we said we are. Plus,  just like Braylon Edwards and Lebron James, these Picks remember everything that anyone ever said or wrote about them. (As a side note, these Week 10 NFL Picks would like to thank Lebron James and Braylon Edwards for actually remembering everything the Picks said. The Picks are flattered by the personal attention.)

Plus when China accused us of overvaluing our currency, they were wrong. The Cleveland Browns are on a winning streak. Currency is rising in value because wins have been pumped into the economy.

The truth is that China used child labor to manufacture the malfunctioning Dallas Cowboys with lead paint and poison fixtures and now the Asian giant from wants to pass the blame for their inflated currency. Get this, China actually has the nerve to call the Dallas Cowboys “America’s Team.” America’s team was made in China, just like everything at Wal-Mart.

So these Picks will be returning to America soon, proud of all the nothing that they accomplished on their overseas trip. Then we’ll find out whatzgonnahappen.

LIONS AT BILLS – Matthew Stafford wonders who has the voodoo doll. Meanwhile, sure it’s sinking to the bottom of the ocean. But I am staying on the Bills bandwagon. Bills 24, Lions 20

VIKINGS AT BEARS – It’s time for some more mid-season late game Favre heroics. It’s part of the dramatic plot that will make his inevitable end-of-the-year throw-the-season-away interception mean so much. Vikings 24, Bears 23

BYE AT PACKERS – Jerry Jones is elected to the Packers Hall of Fame.

JETS AT BROWNS – Colt McCoy and Peyton Hillis act like Joe Theismann and John Riggins. In the second half, they act like Bob Griese and Larry Csonka. Braylon Edwards drops the ball. Rob Ryan says he remembers being in the womb and drinking all the smart chromosomes. Browns 30, Jets 16

TEXANS AT JAGUARS – The winner gets to kiss their sister. Jaguars 26, Texans 24

BYE AT SAINTS – They must make those Hurricanes strong on Bourbon Street if Saints fans think everything is alright.

TITANS AT DOLPHINS – Randy Moss has learned not to buy green bananas in any particular city. And he brings the “L” column with him. Chad Pennington is still accurate. Dolphins 23, Titans 17

BYE AT CHARGERS – In early November, the Chargers move the clock to September.

COWBOYS AT GIANTS – Jason Garrett tries out for The Apprentice just so he can get used to hearing those words: “You’re fired.” Giants 30, Cowboys 12

RAMS AT 49ers – Although I like it when the 49ers lose and Mike Singletary tries to pull screwdriver out of his ear, Troy Smith and Frank Gore will allow the tool to stay in his head and maybe tighten some of the loose screws.  49ers 24, Rams 18

PATRIOTS AT STEELERS – The Patriots could use a speed receiver to stretch the field. Where do you find one of those? Steelers 27, Patriots 17

EAGLES AT REDSKINS – Donovan McNabb discovers Nancy Pelosi is more popular than he is. Redskins 23, Eagles 20

This column is sponsored by turkey diaries.