This Super Bowl 49 prediction is by certified NFL prophet, Deflated McGee. I have decided to start the world’s next great religion, Belichickistry.

I have no explanation for what happened. But if you’d like to get in on the ground floor of a new religion, listen up. I am interviewing for disciples every day next week in Arizona. If you’d like to be a disciple and want a have great chance at a book contract with thousands of years of royalties, you also should have no explanation for what happened.

For now, I bring you word of a gambler’s paradise, a place so devoid of scruples that the lack of scruples is praised in taverns throughout this land as being extremely scrupulous. The land I speak of is, of course, New England.

I am Deflated McGee, a prophet with deflated balls. Even my crystal balls are deflated. But it matters not. For I am offering spiritual guidance to all of my gambling followers. I am a prophet for profit.

I am not The One, merely a conduit – telling all I have learned in my journey to conference with a spirit beyond – yes, the spirit of a Bill Belichick press conference.

So when you take your required pilgrimage of Belichickistry to the refrigerator for the first of your sacred ceremonial Pabst Blue Ribbons, please pause a moment to pay homage to my certification as a high-level prophet. I was certified in Las Vegas by prophet-maker Johnny Manziel and his quarterback coach, Jack Daniels.

It was in a Vegas bathroom with Manziel and a rolled up $20 bill that I first heard the phrase, “I have no explanation for what happened.”  Right then, I knew one thing. It was time for me, as a fledgling prophet, to start the world’s next great religion, Belichickistry.  This new religion legitimizes Johnny Manziel.

It is so simple, based on a zen-like focus that allows one to do literally anything as long you never ever stray from the script of, “I have no explanation for what happened.”

A Belichickistry world is my vision of utopia. If my predictions are wrong, I have no explanation for what happened.

But it extends far beyond me and my future reputation as a prophet trying to compete with the established religious brands. Belichickistry is a religion that can save you a lot of trouble up front. All those other religions have that stuff about being nice, whereas Belichickistry is a religion of ignorance as explanation. Anyone willing to offer “no explanation for what happened” can join this religion.

I am Deflated McGee, and I am a NFL prophet. One more thing. Don’t go drawing any cartoons of me. If you do, you know whatzgonnahappen.

BYE AT BROWNS – The Cleveland Browns issue a statement claiming the

The psychology of the matchup of this game is one of the more fascinating in recent memory.

The two coaches, Pete Carroll and Bill Belichick, are the Yin and Yang of the NFL. Bubbly Pete and Dour Bill.

The mighty Seattle Seahawks, who did not cheat, had to pull off a a miracle finish against the bumbling Packers just to get to the Super Bowl. Prior to that game against the Packers, I had the Seahawks figured to roll to another championship. Now? They look vulnerable, plus they don’t even cheat.

On the other hand, matchup-wise, the Seahawks seem like the better team. Although a number of areas in the matchup are equal, it’s hard to imagine the Patriots will be able to stop  Marshawn Lynch for four quarters. And if they do, they’ll h 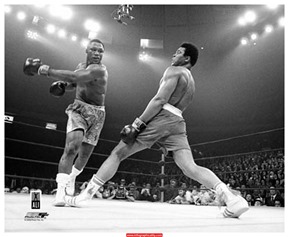 ave to commit too much up front to be able to stop some big throws by Russell Wilson.

Of course, the Patriots cheat. That’s something the Seahawks may have no answer for. But really, how do the Patriots respond to all these swirling accusations? History says they use it to fuel them. Cheating or not, Tom Brady can beat anyone in any kind of game, from grind-it-out to a shootout. And the Seahawks, embodied by the swagger of Richard Sherman, do not back down to anyone.

This is a heavyweight fight in the way heavyweight fights used to be before Mike Tyson bit Evander Holyfield’s ear. I fear football is going in the direction of what was once my beloved boxing. In my lifetime, the first Ali / Frazier fight was the biggest sporting event ever. Now, no one even cares about boxing.

I don’t know what it all means but this Super Bowl feels like Ali / Frazier, and I can’t wait.

The first 12 ads of the day are from the Cult Of Mindless Cell Phone Users, about how the world inside of a tiny screen is so much better than the big world outside of the tiny screen. There will be so many of these ads throughout the day, that many people will be convinced. This is how brainwashing, I mean advertising, works. John Legend sings America The Beautiful, and Idina Menzel sings the National Anthem. While no one is looking, the Patriots ball boys get to work.

When the ref asks the Patriots if they want to look at the coin, the Patriots send out honorary captain Penn Gillette, who legally changed his last name from Jillette to Gillette for this game. The Patriots magician with the right name examined the coin, and then with sleight of hand gives the referee back a two-headed coin. The referee, oblivious, flips the coin. The Patriots call heads, and defer. Seahawks start with the ball.

The kickoff is not returned. The Seahawks start at the 20 and run Marshawn Lynch for 12 straight plays, right into the end zone. The Patriots start at their own 20 next. On the first play from scrimmage, Tom Brady is sacked by a blitzing Richard Sherman, who then pulls out a lie detector machine and waves it in Brady’s face. Sherman is called for a penalty, taunting. That is the first of the Seahawks many taunting penalties. The Patriots then try to run Legarrette Blount three times, but all three times Blount is smoked by the Seahawks, who play in Washington state, where it’s legal. The Patriots defense stiffens a little on the next couple of drives, holding the Seahawks to field goals. Meanwhile, the Patriots offensive line does not appear to be cheating. Seahawks 13, Patriots 0 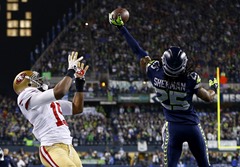 The Patriots start the second quarter with the ball at their own 7. A couple of quick passes to Julian Edleman, and one to Danny Amendola moves the chains toward midfield. The offense is hurrying up, and the Patriots seem to have already abandoned the run. On the sideline, Bill Belichick gives the ballboy a high-five. But the Patriots offense stalls, and on third down Brady throws his first pass of the game to Rob Gronkowski. The pass is broken up by Richard Sherman, alerting Bill Belichick that Pete Carroll knows how to play chess too. The next Seahawks drive lasts six minutes and ends with a Wilson scramble into the corner of the end zone. With a minute to go before half, the Patriots drive 40 yards, and Stephen Gostkowski, using a special inflated football, kicks a field goal. Seahawks 20, Patriots 3

Katy Perry will be singing a bunch of songs I don’t know, but I wish she’d sing that “Hey Mickey” song from decades ago. Like many Americans, I will be switching to the Puppy Bowl, or the Kitty Bowl, or, what I am really looking to find, the Alligator Versus Kitty Bowl. By halftime, it is estimated that 50 percent of all Americans have purchased a new phone in the first half. And in the Patriots locker room, Bill Belichick has a law firm is scouring the rulebook for more “gray areas” for which he can have no explanation for what happened.

The first play from scrimmage is a 45-yard pass from Brady to Gronkowski. On the Patriots sideline, the ballboys are partying with strippers and champagne. They have actually set up a stripper pole next to the Gatorade. Belichick looks over to them and mutters to himself, “I have no explanation for what happened.”  On the field, even the running game gets going, as there is an actual Jonas Gray sighting. Julian Edelman scores on a 20-yard pass. But on the next drive, the Seahawks march down the field and Lynch scores his second touchdown of the day. On the final drive of the quarter, the Patriots stall but get a field goal. Belichick is so angry, he orders the stripper pole removed. Seahawks 27, Patriots 13 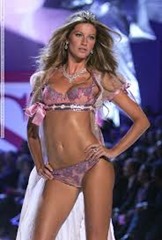 The Seahawks run out almost four minutes of time with their first drive, and settle for a field goal. With the score 30-13, they have 11 minutes and six seconds to go until they celebrate. But 11 minutes and six seconds is 666 seconds, which gives Bill Belichick goosebumps, since 666 is his favorite number. Inexplicably, the stripper pole is back on the sideline. And who is swinging off of it? None other than Tom Brady’s wife, Gisele Bundchen, the highest paid supermodel in the world since Cleopatra herself. Brady yells to the Seahawks defense, “Hey, check out my wife!” When they do, Brady throws a touchdown pass. After two more touchdown passes, Brady yells, “Suckers! Unlike me, she doesn’t cheat… as far as I know.” Patriots 34, Seahawks 30

This column is sponsored by The Integrity Of The NFL, a new fictional show from the creators of Breaking Bad.