Inside the museums, Infinity goes up on trial
– Bob Dylan

Re-elected by you, my liberal agenda is clear. The Cleveland Browns will win Super Bowl XLVII. It’s my second term, I am all in.

My first order of business is to redistribute the Harbaugh family wealth. No single family should have the Super Bowl to themselves. Therefore, by executive order, the Cleveland Browns are in the Super Bowl. 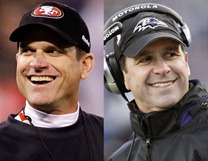 Yes, I’m bailing out my favorite football team. Plus just to use some of this excess political capital, I sold Kansas to the Taliban to create a multi-religious Land Of The Righteous where everyone gets a holy book and a gun. Enjoy.

Do I feel entitled? According to my new tax code, Aaron Rodgers is now a Cleveland Brown.

The Baltimore Ravens versus the San

Francisco 49ers in the Super Bowl? Who said that, FOX News, FOX sports? Karl Rove and Terry Bradshaw are hilarious. Oh, I get it. Super Bowl XLVII is some kind of Catfish scam; an imaginary matchup. How come the Cleveland Browns aren’t in the game?

I believe the Cleveland Browns are going to win this Super Bowl. Sure, I am delusional but if you think delusional is bad, you are delusional. Delusions make the world go round. Trust me.

I am no George W. Bush chasing imaginary weapons of mass destruction. My Super Bowl conspiracy theory is true, and I know all about true conspiracy theories. I am a Kenyan-born socialist flag-burning gay handicapped Spanish speaking Muslim woman with a lifetime membership to an abortion clinic. I can’t fool anyone.

So heck, to replace Kansas on the flag that I like to burn for fuel because I don’t like fossil fuels, Washington DC is now a state. Watch out, Texas. I’m also looking for room on the flag for Puerto Rico. Plus once Fidel Castro dies, it’s only a matter of time until Cuba is a state and Havana gets an NFL team, the Havana Hawks.

That’s how I plan to solve immigration… with NFL expansion. It’s so much kinder than standard colonization. Truth.

So, Ravens and 49ers in the Super Bowl in Barack Obama’s America?

Against all my instincts, I am allowing this to happen. Don’t tell me I am not bipartisan. I’ve seen the intelligence reports from the CIA and the Navy Seals. The Harbaugh brothers have been plotting for decades, and no one can stop whatzgonnahappen.

BYE AT BROWNS – Like Joe Namath, I guarantee the Cleveland Browns will not lose the Super Bowl. Now that Vince Lombardi is the general manager, it’s only a matter of time before they are hanging a banner from the ceiling. A championship banner, or Joe Banner.

The original electric football game played decades ago between the Harbaugh brothers had the 49ers winning, followed by the coaches wrestling and breaking Mom’s favorite vase. Ray Lewis announces a new promotion with Papa John’s – they’ll give a free pizza away for every murder he gets away with. I’ll have two pepperoni pizzas with extra cheese, please.

PREGAME – Roger Goodell is given the key to the city of New Orleans, but it turns out to be a bad key. It doesn’t fit and he can’t get in. The good key was given to Alicia Keyes. She sings the national anthem as a duet with Mantei Teo’s girlfriend, who prerecorded her vocals.

COIN FLIP – The $1 Trillion Commemorative Government Debt Coin comes up tails. By law, this makes the coin worth $2 Trillion. Problem solved, until the coin is stolen by former New Orleans Mayor Ray Nagin. The NFC team, the 49ers, win the coin flip because that’s the way the coin is made.

FIRST QUARTER – LaMichael James watches the kickoff sail out of the end zone. A “Kaepernicking” Alex Smith misses as he tries to trip Colin Kaepernick running onto the

field. Trying to explain the 49ers offense, Phil Simms uses the word “pistol” so many times that the NRA elects him president. But Ray Lewis proves worthy of stopping a speeding bullet in its tracks. Kaepernick has jitters. After a punt, Ray Rice goes to work for five plays until the 49ers are ready for him. That’s when Joe Flacco hits Torrey Smith on a long bomb. (Ravens 7, 49ers 0) So another kickoff to LaMichael James, who this time shoots tho ball down as if it is a clay pigeon and then returns it to the 35. He thanks Phil Simms, President of the National Rifle Association. On the ensuing drive, Kaepernick and Frank Gore run the 49ers into field goal range.  Ravens 7, 49ers 3

SECOND QUARTER – Jacoby Jones, having seen LaMichael James clay pigeon strategy, employs a butterfly net to snare the ball on the kickoff. After all that effort, he only gets the ball back to the 12-yard line, proving the wisdom of the Second

Amendment. Backed up, the Ravens stall and punt. Then the 49ers do the same. The field position game has begun and the 49ers pin the Ravens back by the goal line again. But after one 10-yard Ray Rice run, Joe Flacco comes out throwing. Anquan Boldin does the catching. Over the middle, down the sidelines. In the end zone. (Ravens 14, 49ers 3) As the Ravens score the second touchdown, Jim Harbaugh calls his Mom to tell her how John broke her vase. But then Colin Kaepernick breaks off a run and slices through Ray Lewis and the Ravens defense like a murderous knife.  Ravens 14, 49ers 10

impeach Obama for her lip-synching at the inauguration. So she puts them in the halftime show as dancers. Eric Cantor and John Boehner are so flamboyantly spectacular that no one buys anything sold in any $4 million commercials. Singlehandedly, Cantor’s and Boehner’s artistry destroy the American economy but they call it a success because Beyonce is now the only one in the country with money, and she is obviously a job creator.

THIRD QUARTER – All eleven Ravens on the kickoff team have assault weapons to shoot the kickoff down. The largest piece of the ball is recovered by the Ravens at their own 41-yard line. But Joe Flacco, under heavy pressure, throws the ball to Patrick

Willis, who runs it to the Ravens 20. Frank Gore than gores the Ray Lewis defense, and Michael Crabtree makes a spectacular touchdown catch. The 49ers take their first lead of the game. (49ers 17, Ravens 14) The Ravens are ready with a North Korean missile to shoot down the kickoff, but the missile malfunctions. Taking the ball at their own 20, they ride Ray Rice and a short, patient passing game on 15-play drive ending with a two-yard Rice touchdown run. Ravens 21, 49ers 17

FOURTH QUARTER – The 49ers build a Death Star to shoot the football out of the sky and into the hands of LaMichael James, who runs the ball back to the Ravens 33-yard line. By mistake, the Death Star shoots two shots, and one hits Ray Lewis right between the eyes. Jim Harbaugh does a shout out to No-Soul Nerdy McGeek, his special teams

consultant from Silicon Valley. On the first play after the kickoff, Kaepernick throw a perfect pass to Randy Moss in the corner of the end zone. (49ers 24, Ravens 21) Moss yells out, “I wish I was a New England Patriot.” On the next kickoff, the criminals from the cast of The Wire take aim at the football as if it just stole all the crack in Baltimore. Jacoby Jones returns the ball to the 47-yard line. And after two small Ray Rice Runs, Joe Flacco hits Torrey Smith wide open and in stride. Ravens 28, 49ers 24.

POSTGAME: The Baltimore Ravens are world champions. Ray Lewis is named MVP. Art Modell is elected to the Pro Football Hall of Fame. All of this proves that God, the sports fan, hates Cleveland.

This column is sponsored by Crazy About Concussions, An Advocacy Group