The last job left in America is on a migrant farm, picking games for Week 4 in the NFL. Picking games is like picking beans. The job was occupied by an illegal alien but she was deported, with the others, back to Lichtenstein. Now it’s my job to provide you with Week 4 NFL picks.

I have no experience, and clearly no expertise, but I am an American citizen so I got the job. It’s a tough  job, but it’s a tougher economy – especially for someone of my limited 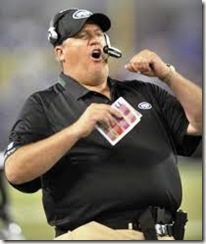 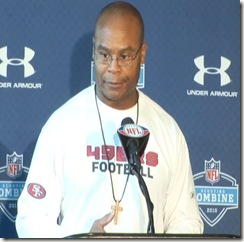 skills and unusual experience. I used to be   employed as Mike Singeltary’s verbal control manager until he decided my position was unnecessary. Then I took a job as Rex Ryan’s ego management secretary but he downsized. I found that to be a funny saying – Rex Ryan downsized.

This summer, I thought I had a good gig as Brett Favre’s retirement advisor, but that job aged quickly. I applied to be Wade Phillips’ intelligence officer, but I was told that position doesn’t exist. I had a good gig as Braylon Edward’s bartender but then I was abruptly fired . For one night, I was Dez Bryant’s concierge but he inexplicably let me go too. It’s a conspiracy or something.

My previous occupation was selling Kevin Kolb jerseys. That lasted about 15 minutes.

Now, I’ve got this job. Frankly, I don’t know whatzgonnahappen.

BYE AT COWBOYS – Jerry Jones gets a complete face transplant because he is sick of people confusing him with Joan Rivers.

BRONCOS AT TITANS – This game features two quarterbacks that only I believe in. This week, I believe in Kyle Orton a little bit more. Broncos 24, Titans 20

LIONS AT PACKERS – The Lions are close to breaking through. Packers 30, Lions 27

BYE AT VIKINGS – Brett Favre retires. No one flies to Mississippi to beg him to come back.

PANTHERS AT SAINTS – Light the fuse and step back. Saints 45, Panthers 14

TEXANS AT RAIDERS – Bruce Gradkowski has been the Raiders best option for a while. Raiders 22, Texans 18

REDSKINS AT EAGLES – Football is an emotional game. Redskins 23, Eagles 20

CARDINALS AT CHARGERS – Phillip Rivers is as good as Derek Anderson is bad. Chargers 41, Cardinals 12

BEARS AT GIANTS – The Bears aren’t that good, but the Giants are that bad. Bears 20, Giants 17

PATRIOTS AT DOLPHINS – When Tom Brady is hit a lot, he’s a mere human. Dolphins 23, Patriots 21

This column is sponsored by x-ray vision.

This article has 3 comments