Do you ever want to stomp on someone and say, these are my Week 13 NFL Picks?

Well, you’re in luck. For two weeks only, the Ndamukong Suh Suggesturizer is available to the public. On a very limited basis, you can authorize the grinding of a human head into the ground and the stomping of an arm. Your only legal responsibility is to describe the action as a part of your Week 13 NFL Picks. 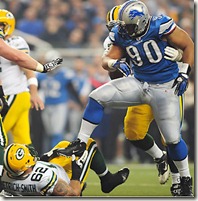 Are you a Cleveland Browns fan wondering how fun it would be to win against the soulless Baltimore Ravens, and then the evil Pittsburgh Steelers?

Do you coach the Philadelphia Eagles and want to do something more drastic than say, “We’ve got to do a better job?”

Are you a former Eagles, Redskins and Vikings quarterback who might enjoy not being so nice every time?

Are you Herman Cain, and you wish you could have changed the subject?

The Ndamukong Suh Suggesturizer can benefit almost anyone. 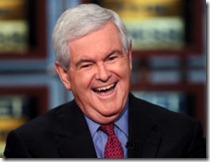 Meet Newt Gingrich, a certified master in using the Suggesturizer. For instance, despite his three marriages and an airport hanger full of baggage, Gingrich benefited most from the Herman Cain story.

The Suggesturizer is available to the entire public, but especially to those involved in the NFL or politics. Please remember this special offer is only available for two weeks. It is 100 percent effective. Jack Del Rio was recently suggesturized.

Please submit your ideas because head grinding and arm stomping will commence shortly, and your wishes can help determine whatzgonnahappen.

EAGLES AT SEAHAWKS – The Nightmare Team will give up exactly 148 yards to Marshawn Lynch. Seahawks 31, Eagles 14

TITANS AT BILLS – As soon as I jumped on the Buffalo bandwagon, the whole thing fell apart. That’s heavy. Titans 20, Bills 13

COLTS AT PATRIOTS – The Patriots are favored by 20.5 points. That’s like Wall Street versus Occupy Wall Street. If this was grade school, the slaughter rule would be in effect. Patriots 49, Colts 19

PANTHERS AT BUCCANEERS – The Buccaneers are horrible, but they can’t lose six straight. Can they? Buccaneers 24, Panthers 21

BENGALS AT STEELERS – Late in the game, Andy Dalton will drive the surprising Bengals down the field to take the lead, but then Ben Roethlisberger will do the same to give the evil Steelers the win. Steelers 21, Bengals 17

CHIEFS AT BEARS – Kyle Orton puts on a black shirt and tries to sneak to the Bears sideline. Bears 13, Chiefs 7

RAIDERS AT DOLPHINS – Something still doesn’t feel right about the Raiders’ karma, and the Dolphins have found out how to win enough this year to hurt next year’s draft. Dolphins 23, Raiders 20

BRONCOS AT VIKINGS – The Broncos defense dominates and Tim Tebow gets the credit and tons more press across the league. A small country in east Asia renames itself Tebowland. Broncos 20, Vikings 7

RAVENS AT BROWNS – The Baltimore Ravens existence is a forever a travesty, therefore Peyton Hillis shall play as if he is deserving of the cover of Madden. Ray Lewis eats bad  airline food. Browns 24, Ravens 20

PACKERS AT GIANTS – The Packers season is like an old-fashioned Midwest assembly line. Next… Packers 34, Giants 20

LIONS AT SAINTS – Mark Ingram, Pierre Thomas and Darren Sproles do some Suggesturizing of their own. Saints 32, Lions 17

—
This column is sponsored by Northerners for Global Warming.