These Week 1 NFL Picks, having lit my Nike shoes on fire, are now standing for the Military Anthem while simultaneously pledging allegiance to the Military Flag and demanding that Jeff Sessions investigate anyone who thinks the Cleveland Browns are not the best NFL team in the NFL.

There was no collusion. None of the Cleveland Browns worked in unison with any teammates at all last year. To say otherwise is foolish.

Damn, I forgot to take my Nike shoes off before I lit them on fire. Now my feet are hot. Okay, I shall now dance… 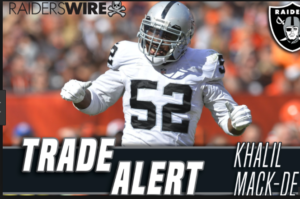 Here is Sergei to finish this column:

What the covfefe is that FABRICATED WITCH HUNT claiming? I have a large brain, as large as my hands, and I think big thoughts inside it. The RIGGED NFL STANDINGS are full of all kinds of FAKE EVIDENCE that the Browns were absolutely horrible last year.

Lies! All of it. But the FAKE NEWS just repeats it over and over trying to convince you that it’s true. I AM ON TO THEM! It’s clear. THEY ARE THE ENEMY OF THE PEOPLE!

The corrupt media actually claimed that the disrespectful Philadelphia Eagles won the Super Bowl over the New England Patriots. Look, they’re all in on this deep state conspiracy. IT’S CRAZY! I mean, the team that supposedly lost is called the Patriots! How could that be in America? It’s plain wrong.

I have never seen anything so rigged in my life. This is a TOTAL HOAX.

Anyway, before MS13 goes through with their plan to kill you and your entire family, let me tell you Whatzgonnahappen.

FALCONS AT EAGLES – Nick Foles discovers the golden carriage has turned back into a pumpkin. Falcon 27, Eagles 10

TEXANS AT PATRIOTS – Alex Guerrero starts selling supplements in the stands and suddenly a 60-year old insurance salesman in the stands notices that he can sell insurance like a man half his age. Patriots 31, Texans 21

JAGUARS AT GIANTS – The highest paid receiver and the most hyped rookie running back in years are stymied by the Jaguars defense, but Blake Bortles is there to save the day… for the Giants. Giants 13, Jaguars 10

BUCCANEERS AT SAINTS – Ryan Fitzpatrick is good for about one game a year, and this may be it. But the Saints are still better. Saints 27, Buccaneers 24

STEELERS AT BROWNS – Hue Jackson wears his bathing suit on on the sidelines because he knows that for his next swim in Lake Erie, he’ll be pushed in. Myles Garrett sacks Ben Roethlisberger every single pass play. Browns 30, Steelers 0

BENGALS AT COLTS – Andy Dalton and Marvin Lewis could shoot a man on Fifth Avenue and still have their jobs. Colts 17, Bengals 14

TITANS AT DOLPHINS – Ryan Tannehill has Dolphins fans talking about the Super Bowl as in, “I wonder which teams will be in the Super Bowl?” Titans 20, Dolphins 10

CHIEFS AT CHARGERS – Patrick Mahomes throws a couple of passes that makes one wonder whether he thinks the game is in Los Angeles or San Diego. Chargers 24, Chiefs 10

SEAHAWKS AT BRONCOS – Let the case be made (see what I did there?) that Case Keenum is better than Russell Wilson. Broncos 27, Seahawks 21

REDSKINS AT CARDINALS – Alex Smith is now of of Snyderworld, where all things dysfunction. Cardinals 30, Redskins 20

BEARS AT PACKERS – Kahlil Mack and Aaron Rodgers play poker for $5 million a hand at halftime. Aaron Rodgers is at home and gets a full house. Packers 34, Bears 20

RAMS AT RAIDERS – Jon Gruden gets a standing ovation before the game, and then never again. Rams 24, Raiders 3

This column is sponsored by the person at Nike who asked, “How can we get racists to stop wearing Nike?”