So you think you can tell
Heaven from Hell
Blue skies from pain
Can you tell a green field
From a cold steel rail?
– Pink Floyd

These week 1 NFL picks have been suspended for the 16-game season by NFL commissioner Roger Goodell.

In my hearing, he said, “You should have beat up a woman instead of smoking pot before you made your NFL picks. Then I would have suspended you only two games.” Beating up a woman, like Ray Rice did, said Goodell, deserves one-eighth the punishment of someone smoking pot, like Josh Gordon did. It is one-eighth as bad, said Goodell. 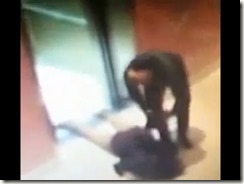 It was a really weird hearing. So I lit a joint, because we were in Colorado after all. I passed the joint to Roger Goodell, NFL comissioner. Goodell took a puff of the legal marijuana cigarette because we were in Colorado, after all. Then he said that he really doesn’t condone violence against women, it’s just that smoking pot is way worse. Then he exhaled – not a smoke ring, but a dollar sign. 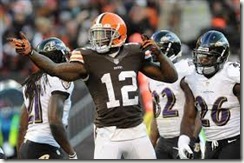 “Look, someday, some marijuana company – the pot equivalent of Anheuser-Busch – will advertise on our games and give the NFL millions of dollars. Until then, pot is really bad,” said Goodell.

What about beating up a woman? I asked.

“You know, you’re right,” he said. “That is a tough advertising market. Let me rethink this. Okay, I was wrong. From now on, beating up a woman is three-eighths as bad as smoking pot. Therefore, I declare we’re making tremendous progress.”

PACKERS AT SEAHAWKS – The referees throw a flag on the 12th man for illegal contact on the first play of the game, letting everyone know that they plan to call a lot of penalties this year. It’s downhill from there for the Seahawks. Packers 26, Seahawks 10

BILLS AT BEARS – No one can find the manual on on how operate an EJ Manuel offense. Certainly not EJ,. Jay Cutler, as he is such a good tease, throws four touchdowns. Bon Jovi is the halftime show, speaking of teasing the Bills..Bears 31, Bills 13

SAINTS AT FALCONS – So which Falcons team do we get this year? Doesn’t matter because the Saints look as lethal on offense as ever. Saints 32, Falcons 20

BENGALS AT RAVENS – Oh you silly Baltimore Ravens. After a decade of Ray Lewis murder jokes, I don’t have the energy to have Ray Rice beat up a defenseless person every week. Well, okay, just once… On the first week of his two-week suspension, Ray Rice punches Stephen Hawking. Bengals 23, Ravens 20

JAGUARS AT EAGLES – Chad Henne has his moments, but in the end he makes Blake Borles clipboard holding skills look shaky. Nick Foles takes up where he left off. Eagles 30, Jaguars 20

REDSKINS AT TEXANS – The Redskins change their name to the Foreskins and put Daniel Snyder’s profile face on the side of their helmet.  Texans 27, Redskins 20

TITANS AT CHIEFS – Are the Chiefs as good as last year. A good team should be able to beat a team quarterbacked by Mediocre Jake Locker, which should really be his nickname. Titans 23, Chiefs 17

PATRIOTS AT DOLPHINS – Tom Brady knows that Rob Gronkowski won’t play the whole season, so he tries to get a season’s worth of production in the first game. It’s a warning to rest of the league – a healthy Gronk is a very dangerous Gronk. Patriots 48, Dolphins 26

49ers AT COWBOYS – Jerry Jones begins the first quarter of the first game thinking about Johnny Manziel. After Tony Romo rallies the Cowboys to victory, Jones thinks that maybe Manziel wasn’t needed. Then he thinks that thought is wrong. Imagine, Johnny Football playing for the Dallas Cowboys…. Sigh. It’s enough to make the plastic on his face crack. Cowboys 30, 49ers, 28

PANTHERS AT BUCCANEERS – Lovie Smith wants the number 1 pick next year. The aim is for Jameis, is the slogan of the season. Panthers 24, Buccaneers 17

COLTS AT BRONCOS – Peyton Manning fidgets so much before every snap that a pharmaceutical company inventing a new disease wants to call their anti-fidget medicine, Depeyton. This is capitalism, kids. Broncos 40, Colts 27

GIANTS AT LIONS – Eli Manning wonders if he should take some of the pharmaceutical pill, Depeyton, even though he doesn’t fidget or do much of anything like his brother Peyton. Lately, I am reminded of the Eli’s-Mom-liked-the-milkman conspiracy theory that I made up to explain why the two brothers are so different. Lions 31, Giants 21

CHARGERS AT CARDINALS – A long time ago, Monday night football was a great matchup, rather than some west coast afterthought like this game. If you watch, it will probably be a fun game. But you won’t watch. Chargers 26, Cardinals 24

This column is sponsored by peace talks between Fox News and MSNBC.