These week 10 NFL Picks call on our divided nation to stop the partisan bickering and help  the Cleveland Browns go forward. Four more years of this? Really?

That’s what you want? Me and John Boehner spitting at each week after week other over the Browns offensive game plan? Fine, let me read Sharia law and see what I should do now. Food stamps for everybody! I’ll call the United Nations for advice after I marry the love of my life, Hugo Chavez. Hey, I just sold Kansas to China! I’m kidding, Rush.

No one knows it, but Rush Limbaugh and I are good friends. I am good for his career and, well, he has been great for mine.

But I am talking about the future of the Cleveland Browns and how I plan to get them to the upcoming Super Bowl. This is why you elected me. I watched the results. Thank you Cuyahoga County! 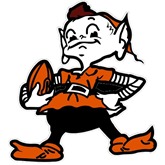 Oh, I said that already? Well, forward pass. Or run. Either way, you should know that my opponent, Mitt Romney called and congratulated me and he said you should pray for me. That’s the first good idea he’s ever had.

I am glad that he was gracious in defeat. The Cleveland Browns are often gracious in defeat. Perhaps a bit too often. Maybe we should pray for them too. Or maybe they should just take a page from my campaign, and attack the teams that are rich with wins, and force them to pay their fair share of losses. That’s right, I am a socialist. You are surprised?

Finally, I would especially like to thank those visiting from France and Kenya who voted early and often. Sure, I stole the election. You are surprised? No, you are not surprised. You vote, and, no matter what they say, you determine whatzgonnahappen.

COLTS AT JAGUARS – The Good Karma Express is about to run over a dead cat. Colts 24, Jaguars 14

BRONCOS AT PANTHERS – Peyton Manning is on a roll. Cam Newton is on a couch talking about his problems. Broncos 28, Panthers 14

BYE AT BROWNS – Drawing up plans for the Super Bowl parade.

GIANTS AT BENGALS – November is never kind to the Giants. But the Bengals are. Giants 30, Bengals 20

TITANS AT DOLPHINS – The Dolphins find it easy to right their ship because the Titans are a sinking ship. Dolphins 27, Titans 17

BYE AT CARDINALS – Larry Fitzgerald tries puts a uniform on the Jugs machine, then tells the coach he found a new quarterback.

LIONS AT VIKINGS – The momentum see-saw has see-sawed. Lions 30, Vikings 28

RAIDERS AT RAVENS – The Raiders can’t stop anybody. The Ravens are anybody. Ray Lewis mistakenly befriends a linebacker-killing serial killer. Ravens 28, Raiders 20

BYE AT PACKERS – Obamacare is in full effect in Wisconsin.

BILLS AT PATRIOTS – Some years, the Bills give the Patriots trouble. This is not one of those years. Patriots 38, Bills 17

CHARGERS AT BUCCANEERS – I believe in momentum, and I believe the Chargers victory over the Chiefs last week doesn’t count towards that. Buccaneers 30, Chargers 10

BYE AT REDSKINS – The real Redskins rule is that Daniel Snyder will somehow find a way to mess things up.

FALCONS AT SAINTS – The Saints, who I used to really like, annoy me. The Falcons, who used to annoy me, I like. Falcons 38, Saints 31

JETS AT SEAHAWKS – Mark Sanchez used to play for Pete Carroll. One way or another, Mark Sanchez will soon be past tense with Rex Ryan too. Seahawks 20, Jets 17

COWBOYS AT EAGLES – The Prozac Bowl. When did Andy Reid morph into Yosemite Sam?  Cowboys 17, Eagles 13

TEXANS AT BEARS – The Bears defense is opportunistic, but the Texans won’t offer any opportunities. Jay Cutler might. Texans 21, Bears 20

This column is sponsored by the wisdom of voters in Colorado and Washington.