These Week 11 NFL Picks have learned that the new tax bill means the New England Patriots can write off Tom Brady but the Cleveland Browns must pay full taxes for DeShone Kizer. 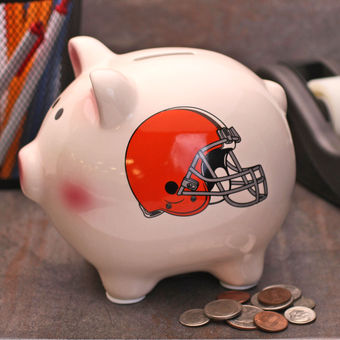 This tax bill also means I can now write off my private jet but I cannot write off the school supplies I buy for the third grade class that I teach, well indoctrinate really. History stops in 1964 in my class. And in math, up is down which means my students believe the Cleveland Browns are currently undefeated.

What? This is America. I can choose my facts and then freely indoctrinate others based on my alternative facts. I saw it on FOX News, and in the White House, and on Breitbart, and well, Facebook.

And while I am almost never concerned about the little guy, who wouldn’t be little if he just tried harder to be big, I do have a soft spot for the Cleveland Browns. It’s sort of how President Trump feels about UCLA basketball players getting caught shoplifting in China. I wouldn’t tolerate this behavior, and would mock this behavior from anyone else.

But because I like sports, I am hoping the Chinese government, or whoever has been holding the Cleveland Browns in NFL jail since 1996, grants them the freedom to not just exist, but to win.

What has always been unclear to both myself and my hero, Alex Jones of Infowars, is why the Deep State, the Chinese government, and President Trump are spending all this energy conspiring to keep the Cleveland Browns down?

I asked Julian Assange of Wikileaks, but he said he was currently busy worshipping at his altar of Donald Trump, and he added that he doesn’t know anything about conspiracies.

So the Cleveland Browns are nine losses into their first nine games, and the NFL has finally decided to offer a tax rebate that has been due for a few years now, Josh Gordon. Oh wait, he’s still not here yet. He has been promised before.

Never trust the government, or Roger Goodell. They play favorites. And when that happens, everyone then knows whatzgonnahappen.

This column is sponsored by Al Franken’s hands and Roy Moore’s Bible.