Would you teach your children to tell the truth?
Would you take the high road if you could choose?
– John Mellencamp

Let me be clear. These week 11 NFL picks are correct, period.

In fact, the Cleveland Browns are going to beat the Cincinnati Bengals, exclamation point. Do you understand, question mark. 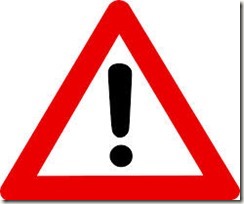 My point is that while you were busy not signing up for Obamacare, I made these week 11 NFL picks to prove how sincere I am in my love of punctuation words.

If one of these picks is not true, I will deny that I made these predictions and most likely accuse you of distorting my facts, semi-colon, the Cleveland Browns always win.

I am not a liar. I simply do not understand punctuation, period.

So while I will feign surprise that people who feel healthy are not rushing to sign up to pay a new mandatory monthly bill, I know that someday you’ll get sick and you’ll wonder how did I know that’s whatzgonnahappen.

REDSKINS AT EAGLES – Nick Foles is better than RGIII. Imagine that. Or just watch the game. Eagles 32, Redskins 17

COLTS AT TITANS – The Colts last week played to the level of Trench (as in dig a trench) Richardson. This week, they play back to the level of Andrew Luck. Heck, even the Jaguars discovered that it’s lucky to play the Titans. Colts 27, Titans 18

LIONS AT STEELERS – If the Lions are the little brother of the Bears, does that make the Steelers the family gerbil? Again, I say yes. Lions 42, Steelers 23

CARDINALS AT JAGUARS – Despite the Jaguars impressive one-game winning streak, and despite a very shaky Cardinals team traveling across country, the Jaguars remain the septic system of the NFL. Cardinals 20, Jaguars 10

RAIDERS AT TEXANS – It turns out that Al Davis faked his death. Texans 27, Raiders 12

RAVENS AT BEARS – The Josh McCown bandwagon is back on the road. Bears 30, Ravens 16

BROWNS AT BENGALS – On the first play, Andy Dalton throws a Hail Mary. This is the new Bengals offense. On the way south from Cleveland to Cincinnati, Jason Campbell turns his career towards Canton. Browns 27, Bengals 20

CHARGERS AT DOLPHINS – The Miami Bullies ask if they can just forfeit because the other team is mean. It may take a while for this to pass, despite what Richie Incognito says. Chargers 24, Dolphins 10

PACKERS  AT GIANTS – The Scott Tolzien Story is the Spinal Tap of the NFL. Packers 22, Giants 21

VIKINGS AT SEAHAWKS – A contender for dictionary definition of blowout. Seahawks 38, Vikings 10

49ers AT SAINTS – Do you remember when Colin Kaepernick was the next big thing? Just remember that the next time you wonder if things are going to change in life. Saints 31, 49ers 22

CHIEFS AT BRONCOS – This game will disappear faster than Dwayne Bowe driving in a 35-mph zone. Broncos 36, Chiefs 21

PATRIOTS AT PANTHERS – Tom Brady leads a frantic almost-comeback, but the currently better team will win this game. Panthers 30, Patriots 24

BYE AT COWBOYS – Jerry Jones commissions a statue of Dez Bryant to sit next to his Terrell Owens statue.

BYE AT RAMS – Tavon Austin is elected mayor and has been penciled in as leadoff hitter for the Cardinals.

This column is sponsored by The Scott Boras Orchestra.