Week 12 NFL Picks By A Turkey Who Wants Revolution

You say you want a revolution
Well, you know
We all want to change the world
– The Beatles

These Week 12 NFL picks by a turkey suggest that all turkeys are Cleveland Browns fans, just as all Browns fans are turkeys.

Stick with me here, because this is about to get newsy. So, you know how Turkey just shot down a Russian fighter jet? 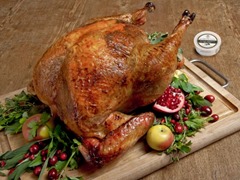 Do you think it is a coincidence that this happened just before Thanksgiving?

Turkey. Violence against humans… you do the math.

We are turkeys, and we are pissed.

Plus (speaking of math) we hate your little thankful holiday where you all sit around and pretend that you don’t have decades old grievances simmering inside.

You want to know about a grievance? First pass the gravy because my family is about to have your Mom for dinner. How’s that feel, pilgrim?

Here’s a grievance worse than seeing your relatives served with cranberry sauce – this week the Cleveland Browns benched the greatest quarterback who  ever lived, Johnny Manziel. And yet, in the now famous video that cost him his job, Johnny Manziel was nowhere near any kind of turkey, even Wild Turkey.

Meanwhile, the people who run the Browns have been called turkeys, but that’s an insult to turkeys. So you can see how this has all built up to this moment.

EAGLES AT LIONS – The last time I looked the Lions had fired everybody and some fan was running the team, while Chip Kelly is running the Eagles. The Lions have a smarter long-term strategy. Lions 24, Eagles 16

PANTHERS AT COWBOYS – This is one of the more interesting Thanksgiving day games I can recall, although tryptophan causes memory loss. That’s what Jerry Jones hopes after the game. Panthers 32, Cowboys 17

BEARS AT PACKERS – Minutes after the Packers retire Brett Favre’s number, he unretires and finishes the game by throwing a touchdown pass to Aaron Rodgers. Packers 29, Bears 22

SAINTS AT TEXANS – It doesn’t appear the Saints fired the defense along with the defensive coordinator. Texans 31, Saints 27

VIKINGS AT FALCONS – The Falcons should re-brand as turkeys. Vikings 24, Falcons 20

BUCCANEERS AT COLTS – Jameis is not the sameis on the road. Colts 23, Buccaneers 20

GIANTS AT REDSKINS – If the Giants make the playoffs and the Patriots are undefeated, this is the kind of game that pushes them forward. Giants 24, Redskins 20

RAIDERS AT TITANS – Derek Carr has advanced farther than Marcus Mariots ever will. Raiders 32, Titans 12

BILLS AT CHIEFS – Rex Ryan looks on the field and sees the NFL has assigned Justin Bieber and Miley Cyrus as referees. Chiefs 25, Bills 18

STEELERS AT SEAHAWKS – Of the flawed, I believe a lot more in Ben Roethlisberger than I do in the Seahawks defense. Steelers 22, Seahawks 10

PATRIOTS AT BRONCOS – Bill Belichick had extra-long-lasting tryptophan injected into every turkey in the Denver metropolitan area to make sure the Broncos and their fans were sleepy for the weekend game. Patriots 31, Broncos 21

RAVENS AT BROWNS – Mike Pettine defines “Play Like A Brown” as committing a lot of penalties, not going out of your way to tackle anyone, and never ever going to a party. This guy is a genius. Browns 1,000,000,000, Raven 0