These Week 13 NFL Picks have been curated by the KGB and by Alex Jones of Infowars for their veracity. In other words, this bullshit is completely false.

But since you won’t bother to check, this bullshit is completely believable to a smart good-looking person like yourself.

See, we know you don’t care about facts. So neither do we. We are picking the Cleveland Browns to win this week, and they don’t even play. At least they will not lose. So in reality, that’s a win.

And you can’t lose with fake news as long as you don’t ask any questions.

Here is a picture of a cat. Now please share this crap.

Did you know the Pittsburgh Steelers are named so because they steal victories unfairly? It’s true. Many people are saying so.

The New Orleans Saints are not actually saints. I know, I know. Believe me folks. And yet the New England Patriots are patriots. I love Tom Brady and he loves me. When Mitt Romney was governor, Tom and I were married. Then we each met models. I’m just telling you what I heard. 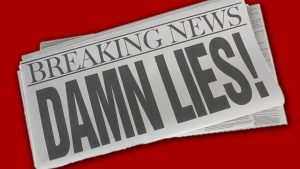 Everything is unfair and rigged.

If things weren’t rigged, the Cleveland Browns would have won every game this year, but millions of points were scored illegally. No, I don’t have any proof. I am saying so. Now many people are saying so. What other proof do you need?

I know that you are pretty sure I am completely full of shit, but I also know that I have created a shadow of a doubt inside of you. And I will continue do do so for the next four years.

In four years, the Browns might win the Super Bowl. Or the world might end. Anything could happen.

So don’t think about whatzgonnahappen.