This is the end
Beautiful friend
The end
My only friend, the end
– The Doors

These week 14 picks are the work of Mayans on Medicare. Face it, the Mayans aren’t getting any younger.

Plus most Mayans are depressed Oakland Raiders fans on Mexican antidepressants – now legal in Colorado and Washington state. That’s why Mayans need Medicare. They have tattoos that say, “Don’t get tattoos,” and when they play the Chiefs they ask if the linebacker with the gun wears a green dot on his helmet. It’s a Mayan thing. 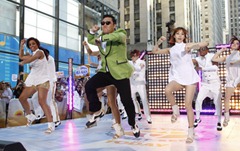 Mayans need Medicare at least a few more days until all Mayans are required to dance Gangnam Style into emergency rooms on December 21. That’s explicitly how their world ends, Gangnam Style wearing Oakland Raiders gear. I saw it on a TV show, it must be true.

Look, I love a good end of the world as much as the next guy. The world ending is almost always something to look forward to. To the best of my memory, it ends at least once every couple of years. Hey, it’s the end of the world today. What are you doing tomorrow?

There is always some lunatic knucklehead claiming he knows better than the rest of us, including scientists. And there are always gullible knuckleheads willing to believe the first knucklehead. That’s how conspiracy theories work. Trust me on this. I am a Cleveland Browns fan. They are really going to win the next Super Bowl. And yes, I need a conspiracy for this to happen.

The truth is that the world continues as long as the Cleveland Browns have a shot at the playoffs. And mathematically, I think it’s still possible. End of the world? Let me quote the Mayans directly, “Malarkey.”

I think the Mayans are just angry about a Yelp review of their calendar that called it primitive and incomplete. They are just another empire that hasn’t evolved their online presence. It’s 2012, you think they’d figure it out. But no. Instead they throw a bunch of end of the world baloney at us, and we’re supposed to believe that’s whatzgonnahappen.

RAVENS AT REDSKINS – RGIII is looking more like a magician every week. He might even be good enough to counteract Daniel Snyder’s bad karma. Ray Lewis attends a lifeguard party, and drowns. Redskins 21, Ravens 20

EAGLES AT BUCCANEERS – A random drawing is held to see who the Eagles fire next. Everyone wants to “win” that lottery. Buccaneers 31, Eagles 13

BEARS AT VIKINGS – Adrian Peterson has an old school OJ Simpson kind of game. Not even Christian Ponder can mess that up. Vikings 28, Bears 17

COWBOYS AT BENGALS – In a battle of the extremely mediocre, the Bengals are hot so they are due to lose. Cowboys 24, Bengals 21

JETS AT JAGUARS – In the second quarter, Mark Sanchez is replaced by Woody Allen, who throws two touchdown passes and then says, “I wouldn’t play for any team that would have me as quarterback.” Jets 26, Jaguars 23

DOLPHINS AT 49ers – Colin Kaepernick’s bust for the Hall of Fame is commissioned in butter. 49ers 26, Dolphins 14

SAINTS AT GIANTS – The Saints have run out of gas. Plus it’s December so the sleeping Giants are waking up. Giants 33, Saints 20

LIONS AT PACKERS – Ndamukong Suh is nominated for Secretary of State. Packers 40, Lions 33

TEXANS AT PATRIOTS – The Patriots use the old Decoy Bacon play, in which fat lineman chase a ball carrier who doesn’t really have the ball. Patriots 35, Texans 20

–
This column is sponsored by Fans For Linebackers With Guns.
–