I’m in position, you can’t play me out da pocket
I’ll take the dopest beat you got and I’ll rock-it
– Public Enemy

These week 15 NFL picks are legally stoned and in a Mandela-forgiving, Pope-for-the-poor mood in Uruguay with the NFL officials from last week’s Browns / Patriots game.

These guys crack me up. They smoke a flowery perfume-smelling pot called, “The Tom Brady Effect.” It helped them see “the obvious interference” at the end of last week’s Browns / Patriots game, they said. After I tried it, I voted for Tom Brady for president. The shit is strong. 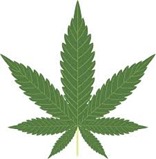 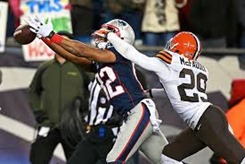 One of these NFL officials, who asked to be identified by the name, “Dudefreak,” said that defense lawyers in Uruguay typically donate a quarter pound of The Tom Brady Effect to jurors, and then have their ax-murdering clients wear a #12 Patriots jersey.

“This is a foolproof legal strategy in Uruguay,” said Dudefreak, who had a giant Patriots logo tattooed on each arm. He paused for a long time while I stared, wondering how the NFL could view him as objective. Casually, he leaned down and packed his #12 black-and-white striped bong, and then he said like some bored hipster, “Long sleeves.”

I know what you are thinking. Why Uruguay? Why not go to Colorado or Washington to smoke legal pot and talk to red-eyed NFL officials about the intricacies of the NFL rulebook? Two reasons, really. The Denver Broncos and Seattle Seahawks. Those teams are way better than the Cleveland Browns, no matter what you smoke. Walter White doesn’t cure that.

Plus Dudefreak knows this guy down here who gets some really good The Tom Brady Effect. This is the new journalism. You are welcome. As you can see, I went all the way to Uruguay just to find out whatzgonnahappen.

CHARGERS AT BRONCOS – I believe in Philip Rivers here just like I believe in the Wizard of Oz, all the way until the end when they pull back the curtain. Broncos 32, Chargers 30

BEARS AT BROWNS – Josh Gordon runs the across-the-middle slant and then breaks away better than anyone I’ve ever seen except. Jerry Rice. Wow. Impossibly, he plays for the Cleveland Browns. In this game, Josh McCown plays like Luke McCown. Browns 30, Bears 10

REDSKINS AT FALCONS – Before the game, Mike Shanahan serves his special chili that he stuck his red face into for 15 minutes. Oh wait, that’s what he does before every game. Falcons 42, Redskins 10

49ers AT BUCCANEERS – I am imagining real 49ers against real Buccaneers. Panning for gold against swords and such. If it was in San Francisco I’d favor the miners. In Tampa? Aaargh! Buccaneers 10, 49ers 7

TEXANS AT COLTS – Under demands to justify a trade against the worst team in the NFL, Trench Richardson calls this his greatest game – 30 rushes for 50 yards, two lost fumbles, four sacks given up on his assignments, and two touchdowns on Andrew Luck passes. Colts 14, Texans 10

BILLS AT JAGUARS – The Jaguars have hired the best architect in Jacksonville to design a shelf for the Vince Lombardi Trophy. Jaguars 20, Bills 17

PATRIOTS AT DOLPHINS – From the grassy knoll, it all makes sense. Luck? A football bounce. A bad call? A new rule? Or just another Tom Brady miracle? Yes. Patriots 24, Dolphins 22

EAGLES AT VIKINGS – If this were the 1970s, the band The Eagles would write a song about Nick Foles called, “Take It Easy” or “Peaceful Easy Feeling.” Eagles 27, Vikings 24

CHIEFS AT RAIDERS – Laughter therapy is catching on in Kansas City. Chiefs 40, Raiders 20

SAINTS AT RAMS – The Saints seem extremely and extraordinarily into themselves. Mirror, mirror on the wall… Rams 24, Saints 17

BENGALS AT STEELERS – Ben Roethlisberger does not have fun with the Cincinnati defense. Bengals 30, Steelers 20

RAVENS AT LIONS – The Ravens can’t win on the road and the Lions are sometimes a really good team. Lions 28, Ravens 20

—
This column is sponsored by Pope Rush Limbaugh.