These Week 17 NFL Picks would like to take one final time to say goodbye to David Bowie, the United States of America, and the Cleveland Browns year-long losing streak.

All will be missed in their own way. 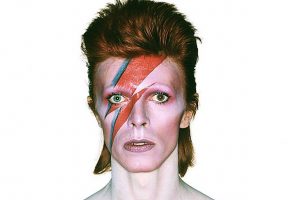 It’s been that kind of year. Heroes died, an unstable authoritarian was elected president by folks educated from Texas schoolbooks, and one win out of 15 games is what my favorite NFL team called “their Super Bowl.” It seemed like reality cracked.

The NFL, which throws the American flag and the military and God and how much they care about women in our face during every game, sure showed their moral compass this year.

The all-knowing league suspended Tom Brady for four games for doing something that they can’t prove, suspended Josh Gordon indefinitely for smoking pot, which is legal in several states in America, and allowed Tyreek Hill, who beat up his pregnant girlfriend, to run around scoring touchdowns for the Kanas City Chiefs.

Old acquaintances, like that year-long losing streak and common decency, must be forgotten. As the season and the year mercifully come to an end, we soon realize that as bad as 2016 was, there’s another year coming.

This column is sponsored by gravity-science deniers.