“Regrets, I’ve had a few, but then again, too few to mention” – Frank Sinatra

These week 17 NFL picks, on the advice of a singing psychic composed entirely of vodka and makeup, will now take my final curtain.

I am checking in from the Trump & Gun Bowling Lanes, where I always perform karaoke Frank Sinatra. 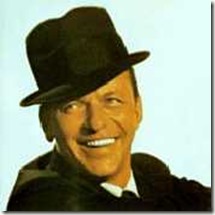 Regrets, I’ve had a few. I picked the Browns to win every game. But now the end is near, and instead the Browns have looked quite lame.

With that, I would like to say goodbye to this sad referee-tainted, Donald Trump-infested, Mike Pettine-coached season.

America is already great. Get over it. The Cleveland Browns are not great. I am not over it.

So there will be no playoff or Super Bowl picks by me this year. Well okay… I still pick the Cleveland Browns to win the Super Bowl. But as for the rest of the playoffs…

As my both of my loyal readers (Hi Mom & Dad) know, I have picked the Cleveland Browns to win every game since George Washington was President. Every week.

And almost every week since the beginning of this “new” franchise in 1999, the Cleveland Browns have lost. Just about every game.

And I just now realized that this is a one-way relationship.

So they lose. The following week, I pick them to win again. And what do they do? They lose. Imagine my surprise.

Well no more. At the Trump & Gun Bowling Lanes karaoke, I met a wise Streisand-singing woman held together, like all the good ones, by vodka and makeup. And she told me that I have been the hostage of a horrible football team long enough.

What a dame. We bowled, we drank, we sang the Captain and Tenille karaoke. She convinced me that the NFL season really was over.

So we checked into a romantic rent-by-the-hour motel room on the wrong side of the tracks. The very last words I remember her saying was, Let them figure out whatzgonnahappen.

BUCCANEERS AT PANTHERS – Now that the one loss is out of the way, the more talented Panthers give the Buccaneers a better draft pick. Panthers 30, Buccaneers 21

PATRIOTS AT DOLPHINS – For a strategic advantage, the Patriots deflate the football because no one would ever suspect them of that. Patriots 33, Dolphins 22

RAVENS AT BENGALS – The Bengals are better, at home, and they have something to play for. It shouldn’t be close, but these are the Bengals. Bengals 24, Ravens 20

SAINTS AT FALCONS – The Falcons are on a huge roll, right into the off-season. Drew Brees and Sean Payton hire the same real estate agent. Falcons 38, Saints 20

JAGUARS AT TEXANS – Blake Bortles looks legitimate but the Jaguars defense does not. Texans 30, Jaguars 20

STEELERS AT BROWNS – How can you not be excited for the annual firing of the coach? Browns 1,000,000, Steelers 0

RAIDERS AT CHIEFS – The Chiefs matriculate the ball down the field much more than the Raiders pursue excellence. Chiefs 29, Raiders 17

TITANS AT COLTS – The Titans want the number 1 draft pick more than the Colts aren’t trying. Yes, I said that right. Colts 24, Titans 13

REDSKINS AT COWBOYS – The night after the season ends, Jerry Jones has a Johnny Manziel wet dream. Redskins 23, Cowboys 10

LIONS AT BEARS – The Bears at home. Actually who cares, but heck, the Bears at at home.  Bears 26, Lions 24

This column is sponsored by melancholy and beer.