These week 2 NFL picks are worried about members of ISIS playing in the NFL. Most likely, they are running backs. And there is good chance they play for the Baltimore Ravens.

As President Obama said recently, you can’t erase every trace of evil from the world. But we must be vigilant because these NFL players are unique in their brutality.

Oh, he was talking about ISIS, not NFL players. Actually, he calls them ISIL. And the NFL calls their abusers role models. You say tomato, and I say holy crap! 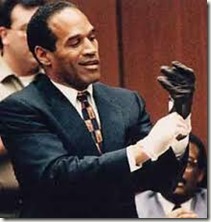 e want to change the name of the Redskins? Hell change all the names. Who you got this week: the Baltimore Wife Beaters or the Minnesota Child Abusers? Personally, I still love the New England Murderers.

The President said America needs to degrade and destroy the enemy with a comprehensive and sustained strategy. That may work overseas, but it would never work in the NFL Much too powerful.

All terrorists know one thing: barbarism sells. That’s what happens, what happened, and, unfortunately, that’s whatzgonnahappen.

STEELERS AT RAVENS – Ad in Baltimore Sun: Have you left dead or unconscious bodies lying around? Please contact the Baltimore Ravens Human Resources department regarding our opening for a designated criminal.  Must be named Ray. Ravens 26, Steelers 6

SAINTS AT BROWNS – Once upon a time, Kurt Warner bagged groceries, and Tom Brady was a sixth round draft pick. Yes, that’s the kind of journeyman Brian Hoyer is. He’s dialed in now, and outplays the great Drew Brees, who Johnny Manziel says is too short. Browns 31, Saints 29

JAGUARS AT REDSKINS – This feels like the game when Chad Henne reminds people he is not the future, and Robert Griffin III teases that me still might be. Redskins 27, Jaguars 10

PATRIOTS AT VIKINGS – Murderers versus Child Abusers. Child Abusers are at home. You don’t want to go into a Child Abusers home, do you? Not unless you’re a murderer. Patriots 34, Vikings 13

CARDINALS AT GIANTS – I’m neither buying that Eli Manning’s career is over or that Carson Palmer is all that. Giants 26, Cardinals 10

SEAHAWKS AT CHARGERS – I know, I know, the Seahawks are clearly the greatest team ever. Better than Lombardi’s Packers, right? Well, I live to be a contrarian. Chargers 17, Seahawks 14

RAMS AT BUCCANEERS – This game will matter a lot when the NFL draft is held. Rams 10, Buccaneers 9

JETS AT PACKERS – The Packers offense struggled against Seattle’s defense. The Jets defense will not cause any problems. Packers 35, Jets 25

TEXANS AT RAIDERS – Derek Carr will have JJ Watt nightmares for a decade, yet he still finds a way to win. Calling Ryan Mallet… Raiders 24, Texans 17

CHIEFS AT BRONCOS – Peyton Manning continues to prove that last year was not a mirage, while the Kansas City Chiefs prove exactly the opposite. Broncos 42, Chiefs 20

EAGLES AT COLTS – Gentleman, start the scoreboard. And historians can work on a new little chapter on the legend of Andrew Luck. Colts 40, Eagles 38

This column is sponsored by Blinders, the Official Eyeglasses of the NFL