I’m Mr. Bad Example, take a look at me
I’ll live to be a hundred and go down in infamy
– Warren Zevon

Don’t tell the media or anyone. From now on, I will only communicate by email. Call me the email female. I’ve been called worse. I’ve heard you call me worse. 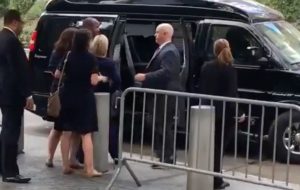 My point is that I am not backing down from when I described all (not half) of Cleveland Browns quarterbacks since 1999 as “a basket of deplorables.”

These quarterbacks have been touchdown-phobic, victory-phobic, health-phobic, you name it. But what they really were was poison to the well being of Cleveland Browns fans who, at this point, would just like to hammer out a peace agreement with the rest of the NFL.

I am not being grossly generalistic. I am being specific about generally gross quarterback play in Northeast Ohio for almost two decades.

It is not hyperbole to call this behavior extremely offensive. There is a track record of this group of people discriminating against fans of the Cleveland Browns. It’s not even subtle, the stuff they do. 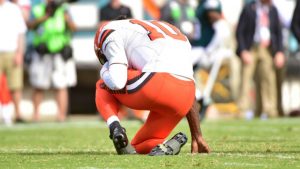 One guy called himself “Johnny Football” while drinking margaritas in the huddle. When Brandon Weeden showed up in Cleveland, he deliberately left his brain in Oklahoma. Tim Couch arrived in town with a name that rhymed with “Ouch.”

The stuff they wear, the flags they fly… it’s all deplorable.

One guy wore a Brady Quinn jersey. Can you imagine?

Catch me! I am so dizzy that I am falling.

I thought I was falling for Robert Griffin III. I was wrong. I was just falling. I know my recent health problems have confused you. It’s really nothing. The lithium-ion batteries that I run on overheated. That is all.

So does that mean these week 2 NFL picks are going up in flames? That could be whatzgonnahapen.

This column is sponsored by Tom Brady’s Mancave