These Week 4 NFL Picks, by Vladimir Putin, will take my shirt off and invade somewhere unless the Cleveland Browns are declared Super Bowl champions. 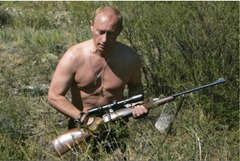 Okay, fine. I’m going to take my shirt off anyway.

while I nakedly flex my muscles around you, let me remind you that the Russian people are Cleveland Browns fans. Yes, the motherland loves the dawg pound – because of Johnny Manziel.

I read that TMZ report and let me tell you, as someone who thinks lots of things are f-ed up, not playing Johnny Football makes me want to poison some opponent – you know, theoretically.

While I have your attention, I’d like you to know that my two favorite NFL players were Aaron Hernandez and O.J. Simpson.

I am a peaceful man.

I am Vladimir Putin, and I approved this message. Also, I approved whatzgonnahappen.

RAVENS AT STEELERS – As a Browns fan, this game brings to mind the saying, the enemy of my enemy is my other enemy. Ravens 24, Steelsers 20

JETS VS DOLPHINS AT LONDON – Ryan Fitzpatrick may have went to Harvard, but he plays in London like he has a mail-order degree from Hamburger U. Dolphins 19, Jets 17

JAGUARS AT COLTS – While Andrew Luck no longer looks like the best young NFL quarterback, I’m not sure who does. I am sure it’s not Blake Bortles. Colts 34, Jaguars 20

TEXANS AT FALCONS – If you have two quarterbacks, you have no quarterbacks. The Texans have two. The Falcons have Matt Ryan. And he throws to Julio Jones. Falcons 26, Texans 14

RAIDERS AT BEARS – The season is just now entering “trap game” territory, and this is a trap game. Or maybe the Bears will have traded away the legacy of George Halas, Dick Butkus and Mike Ditka by Sunday. If not, the Bears channel them for any given Sunday. Bears 17, Raiders 14

EAGLES AT REDSKINS – Neither of these teams are living up to what they were to be, but Kirk Cousins will. Eagles 24, Redskins 10

BROWNS AT CHARGERS – TMZ reports that most Browns receivers think Johnny Manziel would be really good for TMZ. So he comes in at halftime on a white horse to a chorus of angels. This helps the defense learn to tackle. Browns 30, Chargers 29

PACKERS AT 49ers – The United Nations will call an emergency session at halftime to stop the slaughter. Packers 50, 49ers 20

RAMS AT CARDINALS – The Cardinals are going to roll until Carson Palmer’s scheduled injury. Cardinals 42, Rams 22

COWBOYS AT SAINTS – The Cowboys will run all over the Saints, who have fans scrambling for decades-old paper bag masks. Cowboys 23, Saints 20

LIONS AT SEAHAWKS – The Lions are already thinking about the top of the draft. I hope they take a wide receiver. Russell Wilson, meanwhile, suggests that God put the the Lions on the schedule. Seahawks 29, Lions 16

BYE AT TITANS – Marcus Mariota goes to a fitting for his yellow jacket.

BYE AT PATRIOTS – Tom Brady gets a tattoo on his middle finger of all his Super Bowl rings.

This column is sponsored by the length of Carly Fiorina’s nose.