But I see your true colors
Shining through
– Cyndi Lauper

The Secret Service will not let just anyone read these Week 5 NFL Picks. Well, maybe you over there wearing purple, holding a knife. Can we call you Ray?

We totally believe when you say that there are some things you can cover up, and some that you can’t, and that you like to cut vegetables with that big knife while rooting for the Baltimore Ravens. Sure, go on in. These Week 5 NFL picks have been expecting you for years. 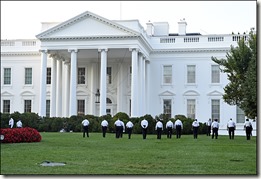 But the guy wearing red, white and blue, the New England Patriots fan? Nope, you’re not getting in to read these picks. We saw that game on Monday night and we’d be surprised if you’re not completely terrorized and desperate. Obviously we don’t let Patriots fans in here. If you root for Tom Brady, we don’t trust that you’re going to like these Week 5 NFL Picks. You are on the No Read List. 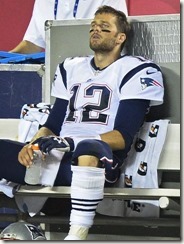 The Secret Service protects these Week 5 NFL picks. Don’t worry. If we were worried, would we be drinking tequila with strippers right now? So geez, chill out. It’s easy to do what we do, that’s why we do it this way.

Take that Raider fan over over there. The Secret Service means it. Someone take that silver-and-black clad guy away because he is already sure that these Week 5 NFL Picks will predict that the Raiders lose to the bye.

The Secret Service protects Week 5 NFL Picks, which wear the orange and brown of the Cleveland Browns.

But no worries. Really. If we were worried, would we be drinking tequila with strippers right now? So geez, chill out. Did we say that already? Sorry. There’s something else important we needed to tell you, but we can’t remember. Oh well.

We tell the boss to trust us about whatzgonnahappen.

VIKINGS AT PACKERS – If Teddy Bridgewater doesn’t break in half or learn parenting lessons form Adrian Peterson, he’s probably going to pretty good in the future. Aaron Rodgers is back to living in the present. Packers, 37, Vikings 20

BROWNS AT TITANS – With a real quarterback, a soft schedule for a few weeks, and then Josh Gordon returning, the Super Bowl season gets in swing for the Browns. Even the defense shows up. Browns 36, Titans 17

TEXANS AT COWBOYS – If JJ Watt could play quarterback. Meanwhile, with Tony Romo playing great and the best run game in the NFL, Jerry Jones quit blaming himself for drafting a guard instead of Johnny Manziel.  The winning will go on for a while. Cowboys 27, Texans 21

BILLS AT LIONS – The Kyle Orton story, by Disney, might work because of Sammy Watkins. Orton at his best was well above average, for stretches. I’m not  big fan of hokey Disney movies, or the Bills going forward. Lions 41, Bills 20

RAVENS AT COLTS – The Ravens, and especially Joe Flacco look really good right now. Andrew Luck may be the best in the NFL soon, but he’s not the best in this game. Ravens 34, Colts 28

STEELERS AT JAGUARS – It would be cool if there were one of those body switch movies where Ben Roethlisberger and Blake Bortles switch places. Steelers 34, Jaguars 24

BUCCANEERS AT SAINTS – Drew Brees tells himself, for confidence, “I am better than Tom Brady.” Mike Glennon is better than anyone but he and I think he is. Buccaneers  30, Saints 24

FALCONS AT GIANTS – I trust each of these teams as much as I trust Roger Goodell, which is lest than I trust thinking this… Giants 20, Falcons 24

RAMS AT EAGLES – Austin Davis is the new out-of-where Kurt Warner type of story, and the best quarterback in this game. The Rams defense wakes up and harasses Nick Foles in an upset special. Rams 23, Eagles 20

CARDINALS AT BRONCOS – Peyton Manning drives a Buick, the same as your grandparents. The Cardinals yell the names “Tom Brady, and “Drew Brees” at him, and ask, “When’s your birthday?” He he looks like he wants to run away to Omaha. Cardinals 28, Broncos 20

JETS AT CHARGERS – Philip Rivers is the Bernie Kosar of his generation – the great quarterback that no one except his hometown fans talk about. He even throws like Kosar. Meanwhile, the Jets don’t have Broadway Joe, but the Geno Show is a hit comedy. Chargers 40, Jets 20

CHIEFS AT 49ers – Alex Smith is better than Colin Kaepernick right now, and maybe he always was. Chiefs 20, 49ers 14

BENGALS AT PATRIOTS – When Bill Belichick was the coach of the Cleveland Browns, he cut local hero and formerly great quarterback, Bernie Kosar, in mid-season. Belichick, with as much soul and empathy for fans as his boss, Art Modell, said Kosar had “diminishing skills.” The point of this history lesson is that Tom Brady has diminishing skills. Bengals 35, Patriots 17

SEAHAWKS AT REDSKINS – When the Seahawks travel away from Seattle, they can be beaten. Ha, not by the Redskins. Seahawks 28, Redskins 20

This column is sponsored by the moral center of FOX News.