These week 5 NFL picks have been moderated and debated. It turns out that I am entitled to my own facts.

So let me talk specifically about how the 0-4 Cleveland Browns are the best team in the NFL. Now, I understand this is not a popular fact with other teams in the NFL, especially the four teams that already beat the Browns.

In fact, my opponent has accused me of favoring the Philadelphia Eagles because they beat the Cleveland Browns. This is a flat-out lie. He accused me of giving aid to the Atlanta Falcons, the Arizona Cardinals, the Seattle Seahawks, and even the Baltimore Ravens. What I actually said was that I like Big Bird, and that I want to kill him. 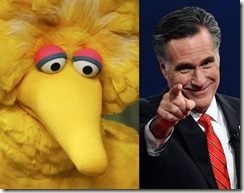 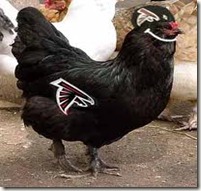 I have been the Prognosticator of the United States of America for the past four years. Therefore I promise if I am re-elected I will finally do what I promised to do four years ago – get the Browns to win some games. The last four years have been an unmitigated disaster, but I blame them on the previous eight years, which were like a gruesome ride through Satan’s bowels. Yes, I believe in Cleveland Browns exceptionalism. It’s just been a bad stretch.

So I am now going to pull out an Etch-A-Sketch and draw you a picture of a rich person waking in the middle of the night with an idea to create jobs by changing the NFL standings in every newspaper printed in America. Never mind that no one reads newspapers anymore. If a job creator says rewriting NFL standings to make it appear like the Cleveland Browns are actually a successful team is an endeavor worthy of our nation’s best and brightest, the job creator is always right.

Of course, this is a bipartisan effort. Therefore, if the football team has a pre-existing condition of sucking, health care should not be denied. This is a moral issue. When I was traveling in the great state of Massachusetts, I met a woman, Stella Artois, and after spending many hours with her and her friend, Bud Weiser, I realized that the win deficit of the Cleveland Browns is the greatest threat to all of us, as well as to future generations. Just like you, I am worried about whatzgonnahappen.

CARDINALS AT RAMS – A legitimate good 4-0 team should waltz into St. Louis and beat up the what’s-a-touchdown Rams. But the Cardinals are a Kevin Kolb-shaped balloon waiting to burst, while Greg Zuerlein can easily kick nine field goals. Rams 27, Cardinals 14

PACKERS AT COLTS  – The Packers offer no reason to believe, and the Colts are going to be on a mission. Andrew Luck has his best game as a pro. Colts 28, Packers 20

RAVENS AT CHIEFS – This is a funny sentence: Brady Quinn to the rescue. When Ray Lewis dresses as Christopher Columbus for Columbus Day,  he discovers he died centuries ago. Ravens 26, Chiefs 18

BYE AT COWBOYS- At the grocery store, Tony Romo throws an interception. He gases up the car and casually throws another interception. I’d write more, but now he’s throwing the ball to me.

DOLPHINS AT BENGALS – Nothing is more easy to predict in the NFL than an overtime loss for the Dolphins. Bengals 24, Dolphins 21

EAGLES AT STEELERS – James Harrison and Troy Polamalu are back, which means Michael Vick will end up on his back, or watching Polamalu run one back. Steelers 29, Eagles 24

BROWNS AT GIANTS – The winless Browns visit the Super Bowl champion Giants, making this the easiest pick of the year. And look over there, a unicorn! Browns 29, Giants 18

BYE AT RAIDERS – An exorcist is called in to get rid of the spirit of Al Davis.

BEARS AT JAGUARS – Up and down Jay Cutler is making me dizzy. But once you’re on the roller coaster, you have to wait till it stops. Jaguars 17, Bears 13

BYE AT BUCCANEERS- The Buccaneers are beginning to seem like the Milwaukee Bucks of the NFL – forever mediocre.

BRONCOS AT PATRIOTS – I like to imagine that Peyton Manning and Tom Brady hate each other. Patriots 31, Broncos 24

TITANS AT VIKINGS – Okay, the Vikings bandwagon it is. Vikings 26, Titans 19

CHARGERS AT SAINTS – Sean Payton, suspended, is now allowed to sit in the stands and send text messages to Drew Brees. It doesn’t help, because karma is a bitch… and a horrible  defense doesn’t help. Chargers 30, Saints 24

TEXANS AT JETS – While the Texans look Super Bowl bound, pilot Chesley Sullenberger couldn’t save these Jets. Tim Tebow can’t either, but I really want Tebow Time in Manhattan because I love a Gotham City circus. Texans 30, Jets 3

This column is sponsored by Millionaire garbage.