The recent New York Times report disclosing that these week 5 NFL picks have chosen the Cleveland Browns, who always lose, to win every week since 1999 proves that I am a brilliant prognosticator.

In fact, many people are saying that I am brilliant for picking the Cleveland Browns, a team that always loses, to always win. It’s got to be obvious to anyone who is not a fat pig with blood coming out of her whatever. I am a brilliant businessman and prognosticator, and the women love me.

As my angry butler, Rudy Giuliani, said, picking a team that always loses to always win proves that I am a genius.

While the Browns have lost almost every game since 1999, I have merely been using the laws of our country to my advantage. Sure, the fans, players, and nearby businesses, except for bars frequented by Johnny Manziel, have suffered enormous physical, emotional and financial stress because of my actions and that of the Cleveland Browns.

Check it out. I am so brilliant. My huge brain convinced fans that the Browns had a chance to win because the plumbers, drunks and drug addicts on the team wore NFL-sanctioned uniforms. It’s hilarious, isn’t it?

The Browns, of course, never had a chance to win. So I went to Atlantic City before I bankrupted it, and I bet on the Browns to lose every game from 1999 until now. Let’s face it. I was betting on the team to lose because I like to talk about winning, but I usually win when everyone else loses.

I am brilliant. And I have a huge, very charitable heart. Huge, like my brain and my hands. My genius of picking the Browns to win every week when they lose uniquely qualifies me to know that the 0-4 Cleveland Browns are going to beat the 3-1 New England Patriots. Believe me. 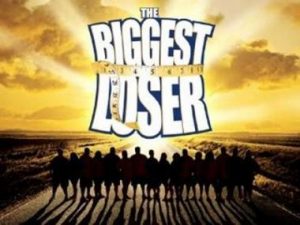 Sure, the Patriots never lose twice in a row, and they just lost. And yes, the greatest quarterback of all time is coming back to play for Patriots while the Browns are playing a third string quarterback with less name recognition than Lindsey Graham. Cody Kessler is not, ahem, Otto Graham.

Tom Brady is my best friend. We do everything together. Like Tom Brady, my junk is tan. I want you to think about that when you go in to vote.

As you ponder that, let me assure you that the Cleveland Browns are going to beat the New England Patriots. I am the only one in the world who knows how they are going to do it.

I’ll tell you this. On defense, they they are going to build a wall. It’s going to be a great wall, and the Patriots are going to pay for it. And on offense, the Browns are going to bomb the shit out of them. Trust me, that’s whatzgonnahappen.

This column is sponsored by the Josh Gordon Bar & Grill, franchises available in Colorado & Washington.