Hey Washington, American Voter here with my week 7 NFL picks to distract you from your recent awesome antics. I compare your leadership to the leadership of Cleveland Browns quarterback, Brandon Weeden, the best quarterback in the NFL. 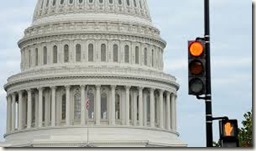 I have been commode-hugging sick listening to you, my government, lie to each other in the most vicious ways your twisted minds can dream up. Who elected you people?

This, after I was scratch-my-eyeballs out angry at watching Brandon Weeden throw the ball last week like he wanted to play inside of a slow-motion film trying to replicate an acid trip from the 1960s. Who roots for a guy like this?

Do you understand, Washington, home of the Redskins? I am out here in some Atlantic Ocean suburb of Cleveland, or maybe this commode I am hugging is in Dorothy’s Kansas, and I’d like to vote for some civility, or at least better quarterback play. Is that too much to ask?

I thought so. Okay, well let me try this.

You are supposed to be the best government on Earth. You know, just like Brandon Weeden is the best quarterback in the NFL.

Everybody get together, Democrats and Republicans – yes, you too Senator Cruz – and watch Brandon Weeden throw a bunch touchdowns this weekend, and then sing “Kumbaya” in a choir led by Jim Irsay and Peyton Manning. Yeah, that’s exactly whatzgonnahappen.

SEAHAWKS AT CARDINALS – To paraphrase former Cardinals coach Dennis Green, Carson Palmer is who I thought he was. Seahawks 27, Cardinals 17

BUCCANEERS AT FALCONS – Greg Schiano’s dog is now saying things to the press about him. Falcons 24, Buccaneers 12

BENGALS AT LIONS – Two of the more fraudulent teams in the NFL. Shiny receivers aside, I’m not impressed. Bengals 27, Lions 24

CHARGERS AT JAGUARS – How can I pick the Jaguars to win? Tequila. Jaguars 21, Chargers 20

BILLS AT DOLPHINS – The Dolphins are rested, coming off of a bye. While the Bills are still dealing with the reality of being the Bills. Dolphins 26, Bills 16

PATRIOTS AT JETS – At some point, the domino effect of no Gronk, rookie receivers, and a decimated defense is going to start to take a toll on the Patriots. I’d like to see Geno Smith get butt tackled, but instead I think he has a good game and the Patriots don’t. Jets 27, Patriots 13

BEARS AT REDSKINS – Remember the legend of RGIII. Those were good times. Bears 28, Redskins 14

49ers AT TITANS – Jim Harbaugh knows that there is a big difference between a Stanford quarterback and a Harvard quarterback. 49ers 23, Titans 13

TEXANS AT CHIEFS – This Chiefs bandwagon has become the most fun I’ve ridden in years. If you are a team that needed a quarterback and you passed on Alex Smith, you made a mistake. Meanwhile, Case Keenum is no Matt Schaub. Is that a good thing? Chiefs 24, Texans 18

BROWNS AT PACKERS – Commentators are amazed by Brandon Weeden’s heroic performance under duress. He throws five touchdown passes with an elephant farting into his brain. Browns 35, Packers 28,

RAVENS AT STEELERS – The Steelers are getting better, and the Ravens are not winning the Super Bowl this year. Steelers 23, Ravens 20

VIKINGS AT GIANTS – How many New York Giants does it take to change a light bulb? We don’t know. No one seems to want to do it. Vikings 29, Giants 20

BYE AT SAINTS – Who dat in your nightmares? Kenbrell Tompkins, dat who.

This column is by uninsured people who will never get sick.