As a card-carrying member of the lamestream media, these week 7 NFL Picks, know exactly how the media rigs everything using facts.

For instance, according to the lamestream media, the Cleveland Browns lost the first six games of this NFL season. I refuse to accept those results because I know how the conspiracy works. 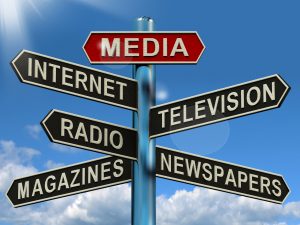 The Cleveland Browns are winners. The media refuses to accept it. But I know better. Sure, I am in danger of getting kicked out of the lamestream media for saying it, but I am positive that 0-6 doesn’t feel true. Still, I know how it works.

It works like this. Every Wednesday at noon, we in the lamestream media go to Anderson Cooper’s house for bong hits and tiny sandwiches, and then we listen to a guy from from Wells Fargo tell us what to rig. For some reason, Wells Fargo doesn’t like the Cleveland Browns.

Bernie Kosar’ supporters had this figured out back in the 1980s when the Browns were losing AFC championships in back-to-back years to the John Elway’s Denver Broncos.

The idealistic Bernie people like to quote their favorite source of news, Wikileaks, in which emails show, shockingly, that politicians play politics and the Browns are not allowed in the Super Bowl. It should not be that way, say the Bernie people. They are so darn cute.

When we in the lamestream media gather one day a week at Anderson Cooper’s house, after beer pong is over, we spend the rest of the afternoon rigging stuff. It’s pretty much all the media does. Once in a while, we might send a reporter to talk to the mayor about potholes, but usually it’s 24/7 rigging. That’s why these meetings are so important. That and the tiny sandwiches.

All the news everywhere, especially the fact-based stuff by the lamestream media, is rigged. In the media, we always know whatzgonnahappen.

This column is sponsored by Andrew Miller For President