Every breath you take
Every move you make
– The Police

Cleveland Browns fan Angela Merkel is now making her Week 9 NFL Picks. We at the NSA hear everything the German Chancellor says. Do you want to know what she thinks about Brandon Weeden? 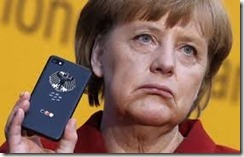 Let us, your weirdly anonymous government overseer – think of us as a big brother – tell you about week 9 in the NFL because we’re not going to tell you what Angela Merkel thinks of Brandon Weeden. It’s too obvious.

As week 9 in the NFL approaches, we reluctantly and proudly admit that we know almost everything about  every NFL fan, including Angela Merkel. It’s important for us to know all of these things about your NFL rooting habits for national security reasons. After all, America is the land of the free and Merkel, the German, should know that. 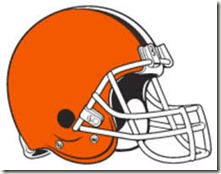 Merkel has just hung up from talking to her bookie. She is now looking at her fantasy team on her ESPN app.

Sure, we agreed not to spy on the heads of allied states. But this is spying on an altered state. Cleveland Browns fans, like German Chancellor Angela Merkel, worry us the most. We at the NSA have already learned the perils of ignoring blind faith.

Angela Merkel is about to go to the bathroom.

No, false alarm. She has only went into the bathroom to look at her teeth in the mirror. She had salad earlier. Balsamic dressing. She was worried some leaf was stuck in her teeth, and when she looked she saw lettuce and removed it. To be fair, we don’t know for sure that she was worried about the lettuce in her teeth. We have deduced this based on the preponderance of facts that we do have.

So remember NFL fans, we are watching you. When they told you in grade school that everything you do goes on your permanent record, they were talking about the NSA. We pretty much know everything about everything. Trust us on these NFL picks. This is exactly whatzgonnahappen.

BENGALS AT DOLPHINS – While the Bengals Halloween costume is convincingly that of a contender, the Dolphins should have hard questions for Mike Wallace. Bengals 23, Dolphins 20

FALCONS AT PANTHERS – The Falcons will win some games at some point, so this sort of scares me. But the Panthers are clearly the better team right now. Panthers 29, Falcons 19

SAINTS AT JETS – The Jets were still giving up points in the middle of the week, but I think they rise to the level of mediocre against a traveling Saints squad. Saints 27, Jets 20.

TITANS AT RAMS – The Rams defense was very impressive Monday night. The Titans offense is not impressive. Rams 16, Titans 13

CHARGERS AT REDSKINS – Brandon Meriweather does not understand Karma. Yet. Chargers 37, Redskins 36

EAGLES AT RAIDERS – Nick Foles is rusty. Terrell Pryor replicates the Ohio State band walking like a dinosaur, and then scores his first touchdown of the day. Raiders 24, Eagles 17

BUCCANEERS AT SEAHAWKS – The Golden Tate wave was awesome. Pete Carroll said he should conduct himself like a professional, and Tate said he won’t do it again. Pete’s right. Tate shouldn’t it again. But that was hilarious. I hope he does it again. Seahawks 40, Buccanneers 20

RAVENS AT BROWNS – Joe Flacco, Super Bowl MVP, versus Jason Campbell, two-time backup to Brandon Weeden, is no contest. Campbell clearly outplays Flacco, who is harassed all day by Barkevious Mingo, because his is the coolest name in the NFL. It sounds like the name of a mascot. Browns 22, Ravens 16

STEELERS AT PATRIOTS – Tom Brady calls Bernie Kosar and asks, “What does Bill mean by diminishing skills?” Kosar replies, “In this case, he means the Steelers.” Patriots 26, Steelers 17

BEARS AT PACKERS – Josh McCown has money on the Packers. No, he’s not throwing the game to gamblers. He’s simply observant. Packers 41, Bears 20

BYE AT CARDINALS – Losing at halftime, but come back to tie it.

BYE AT LIONS – Did one play change the fortunes of this franchise? It almost feels like it did.

BYE AT 49ers – Colin Kaepernick gets a tattoo of his tattoos.

This column is sponsored by the Zen of David Ortiz.