He was taken to task by some critics who asked
Do you write the words or lyrics first?
– The Michael Stanley Band

Welcome to my 2010 NFL predictions tea party. Want some beer or coffee?

I decided to throw this 2010 NFL predictions tea party, paid for with Obama stimulus money, because I want America restored to how things were in the 1950s when the Cleveland Browns were the best team in the NFL.

That’s what these tea parties are all about, right? That, and beer. We’re proudly not elite and we are upset with how things have been in the elitist Manning-driven NFL. We need to take our country back from the elites and the Saints! I am not an elite or a saint, and neither is my favorite football team or any of its players.

I am just a regular guy with $700 billion plus change in my pocket. It’s a minor detail but one night in September, 2008, Ben Bernake was bored and called me so I told him to bet $700 billion on the Cleveland Browns winning the Super Bowl. Yes, I am Ben Bernake’s bookie. 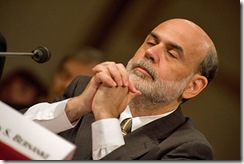 That’s when President George W. Bush bailed me out with $700 billion in small bills. So now that it is in the history books, I can finally graciously explain that I blackmailed George and he had no choice but to cooperate.

I have pictures of Bush and Osama Bin Laden at a Browns Backers bar in Kabul – both of them wearing the colors and bitching about Tim Couch. It was the last chance at diplomacy that no one knew about. I have pictures because I happened to be in the same bar that night. Yes, I am a regular guy with $700 billion who goes to bars and sees world leaders cheering for the Cleveland Browns. Like it doesn’t happen to you after a couple shots of tequila. Please!

A few months later, I convinced the newly elected and totally gullible President Barack Obama to give me thousands of dollars more in something he called cash for clunkers. He said he had read this website and eloquently called it “definitely a clunker.” He got the facts right, but that’s about it.

Then, as a doctor of prognostication I received a pay raise when the Obama health care plan passed, and the new financial regulations had a clause about NFL prognostication and the Cleveland Browns. I know people.

Those people should be thrown out of office or maybe served tea. I can never remember which, probably because I always have so much beer at these parties.

Speaking of teachable lessons, here’s some NFL season picks. You only get results this year, meaning you get to write your own punchlines. Maybe we can have a contest on how would you kill Ray Lewis each week. As for predictions with more than scores – help me find more readers and you’ll get more content again. There’s your real teachable lesson.

It turns out that funding for these Obama NFL prediction stimulus jobs ran out, plus I somehow seem to have misplaced $700 billion. It’s probably in a different pocket.

Every morning the sun rises in the East.

Life is predictable that way. So am I. Every year I predict that the sun will rise in the East for the next 365 days. It’s almost like I know the future – too cosmic to comprehend. You are welcome.

Let’s keep it our secret, like that sunrise thing. I promise to make you look smart, as long as you don’t look West in the morning to check on me to see whatzgonnahappen.

This column is sponsored by Roethlisberger’s Bathroom Stalls – A Dating Destination.

This article has 6 comments