He was taken to task by some critics who asked, Do you write the words or lyrics first?

These 2011 NFL season picks used an algorithm from corporate headquarters. This company loves the word “algorithm.” The VP of Wild Guesses, who is 14 years old and worth more money than most third world countries, cited social media trends to explain exactly how he flipped a coin for every NFL game on the schedule.

It turns out that predicting NFL games for an NFL season that may never happen is even more lucrative than selling worthless but complicated stock for an obscenely high price. We hired a ghostwriter and used an algorithm. Trust us. 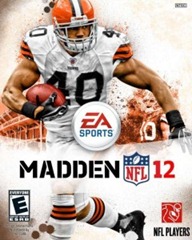 The VP of Wild Guesses is quite good at playing Madden NFL – especially this year. He is also a twit on Twitter, in your face on Facebook, and is so LinkedIn that he has the metaphorical quality of a fence. He’s even old-school, remaining in your space on Myspace.  He likes vampires, his cellphone ringtone, and the Green Bay Packers because they won the only Super Bowl he has ever watched.

This company is proud that it has laid off more people than it ever employed, and it is currently locking out every other employee. We are told that all have found comfort in Ray Lewis’ encouragement that they turn to crime. This company is modern and hip, and therefore anti-union. Our informal slogan is: Go Ahead, Be Evil.

The growth of this company’s stock is exactly like a bubble, while the corporate strategy is the ultimate deficit-cutter’s dream. The company has slashed all expenses including toilet paper, and it has sued all of our former employees and job seekers, asking them to pay us a fair hourly wage of $500 for allowing them to work for us, or for us reading their resume. We have also sued our customers, suppliers, and hot dog vendors. We only pay lawyers. 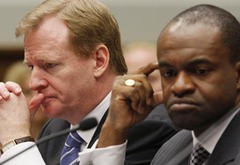 While our VP of Wild Guesses has posted his very scientific predictions, it is true that he was forced under threat of a rapture to work within our corporate algorithm, which states that the Cleveland Browns shall win every game. Okay, it’s not really an algorithm. It’s more like a commandment within the algorithm – and this is the only time all season that it will be revealed. We reveal this secret part of the algorithm only to ye, the faithful.

Since this year is 2011, we have called this the 11th commandment – thou shalt predict the Cleveland Browns will win every game. Amen. Halleluiah. Please put some money in the collection plate to pay our VP of Wild Guesses. We use science and religion here, plus a healthy dose of snake oil, and then we push it all through an algorithm so we can tell you, if anything happens, whatzgonnahappen.

SOUTH
COLTS – This is Peyton Manning’s last great year. 11-5
TEXANS – The Texans are not allowed in the playoffs. Again. 9-7
TITANS – Replacing Vince Young with Jake Locker equals meet the new boss, same as the old boss. 7-9
JAGUARS – How long until his nickname is Blame Gabbert? 5-11

WEST
CHARGERS – Philip Rivers might be the best quarterback in the NFL. 14-2
RAIDERS – The Raiders are improving at the same rate Al Davis is decomposing. 9-7
CHIEFS – If the ball bounces right, the Chiefs could be much better. 9-7
BRONCOS – John Elway has Tim Tebow and Brady Quinn – who are both very pretty off the field. 2-14

EAST
COWBOYS – Tony Romo is great until it counts. 11-5
GIANTS – Another grind it out Tom Coughlin team. 10-6
EAGLES – The Eagles will win every game that Michael Vick isn’t hurt. 9-7
REDSKINS – Are politicians running this team? 3-13

NORTH
PACKERS – Scary to see the Packers add healthy great players to a championship team. 13-3
LIONS – Speaking of scary, the Lions are about to become a force. 11-5
BEARS – Jay Cutler can be counted on for eight great games, and eight bad ones. 8-8
VIKINGS – Maybe the Vikings can unload Adrian Peterson in a Herschel Walker type trade. 5-11

SOUTH
FALCONS – Julio Jones is not Jerry Rice, but he helps. 11-5
SAINTS – Drew Brees spends too much time in the huddle rehashing his feelings about Roger Goodell. 10-6
BUCANEERS – This season will be like riding a motorcycle with Kellen Winslow Jr., exciting until the crash. 8-8
PANTHERS – Cam Newton’s Dad kidnaps Jimmy Clausen. 1-15

WEST
CARDINALS – The new quarterback, whats-his-name, will have a good year. 10-6
RAMS – Sam Bradford is, in my adopted New England speak, wicked good. 10-6
49ERS – When Jim Harbaugh walks into his new office, he finds Mike Singletary’s pants on the ground. 7-9
SEAHAWKS – Pete Carroll holds pom poms and wears a cheerleader outfit on the sideline. 3-13

This column is sponsored by the new NFL – National Football Lawyers.