These Conference Championship NFL Picks have never used PEDs to pick the games. Obviously. Or is it? I deny my denial.

It was pure hard work and God-given talent that allowed me to pick last week’s Patriots-Texans score almost exactly. Look it up. Don’t look at the other three games. Especially not the Saturday games. The PEDs had not kicked in when I was picking those games.

Look, I’ve always wanted to do PEDs. But I think I did PEZ instead. I need a copy editor. Sure, the PEZ dispenser was filled with steroids, HGH, and Adderal, but as best as I knew I was taking pure PEZ, just like Manny Ramirez. I have plausible deniability. I think.

Want to go for a bike ride? I’ll race you!

This weekend is like the second final stage of the Tour de NFL, and I 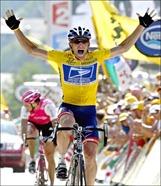 am juiced up for it. But don’t you dare accuse me of being juiced up because I’ll just issue wildly inaccurate statements about how I believe the Cleveland Browns are sure to win both games this Sunday, and then you’ll be so confused that you won’t know how to respond. Exactly.

So by the end of this weekend, if this PEZ dispenser shaped like Barry Bonds steroid-bighead (not his post-steroid regular head) is any good, the following will take place. And I will stand by all of this until the end of time, or until there is enough evidence that I don’t have any choice as to admit that this is actually whatzgonnahappen.

49ers AT FALCONS – Colin Kaepernick runs like Eric Dickerson, throws like John Elway, and looks like a member of the Red Hot Chile Peppers. Plus the 49ers have a hard-nosed defense, a mean running game, and the simple look of a bully. The Falcons, as beneficiaries of the Pete Carroll ice strategy, are lucky to even be playing. While the Falcons are home again, everything about them screams Stuart Smalley… “I’m good enough, I’m smart enough, and doggone it people like me.” Well, no they don’t like you. I don’t. Las Vegas doesn’t. Heck, half of Atlanta and four out of five dentists (plus six out of seven falconers)  do not think the Falcons are going to win. Even real falcons – you know, birds – are pooping 49 times a day. I counted. 49ers 37, Falcons 20

RAVENS AT PATRIOTS – Joe Flacco throws a great deep ball. Tom Brady throws a great every ball. John Harbaugh is a really good NFL coach in 2012. Bill Belichick belongs in the same sentence with Vince Lombardi. The Patriots are a model organization. The Ravens are an evil team stolen from Cleveland. Despite everything I just mentioned, this is not going to be an easy go for the Patriots, until it is. The Ravens are a reasonably tough opponent. They might even strike first. But the Patriots are go-for-the-jugular mean, and even, or especially, Ray Lewis understands that. Speaking of Ray Lewis and the jugular, he hires a juggler for his retirement party but the juggler thinks Ray wanted someone to go for the jugular, and now you know the rest of the story. Well, that and a big bad dose of Wes Welker. Patriots 31, Ravens 17

–
This column is sponsored by hype about Super Bowl hype.